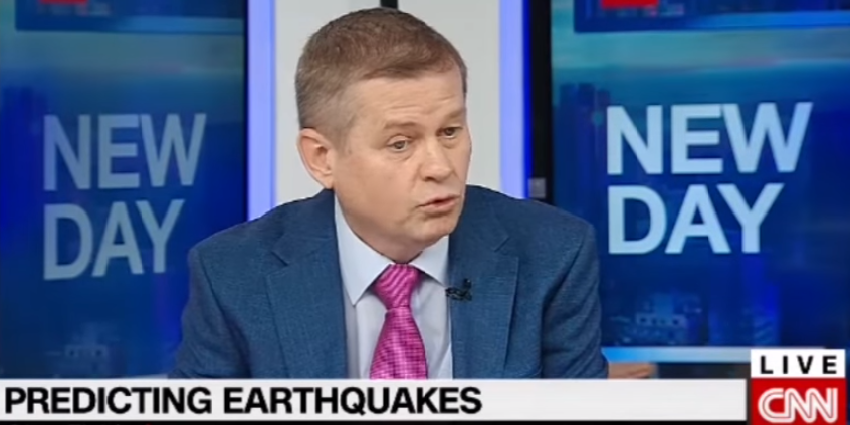 Earthquakes and tsunamis are the world’s most damaging natural disasters. Just over the last 15 years, the death toll from these perils exceeds 680,000 people and hundreds of millions more were affected.
Earthquakes can affect anyone. Five billion people live in earthquake and tsunami-prone countries and 200 million visit these countries every year. Understandably, many governments have made earthquakes a priority national security issue.

Earthquakes are extremely dangerous because they are completely out of human control. The arrival or evolution of other natural disasters, such as hurricanes, floods or fires, can be detected and timely actions taken to mitigate the potential damage. But earthquakes develop below the Earth’s surface and, therefore, they are “invisible” to humans until the moment they strike.

The damage earthquakes produce is greatly exacerbated because of unforeseeable secondary effects. In the 1906 San Francisco earthquake, up to 90% of all damage was due to the subsequent fires. Surprisingly, mankind is now even more vulnerable to earthquakes than ever before! Our civilization has created many potentially dangerous facilities, such as nuclear power plants, chemical plants, oil and gas pipelines, etc. Earthquakes can destroy such facilities, resulting in extremely dangerous situations.

A very recent and infamous example is the explosion at Fukushima nuclear plant following the 2011 Tohoku earthquake and tsunami. The disaster killed more than 15,000 people, produced nuclear pollution in Japan and the Pacific Ocean, and lead to hundreds of billions of dollars of damage. The dire consequences will be felt for many generations.

At school we were all taught that earthquakes cannot be predicted. But we live in interesting times in which novel technologies bring about rapid scientific developments. In the blink of any eye, what was unbelievable or impossible yesterday becomes reality today. The use of satellite technology and Big Data methodologies means we have been able to resolve the historic earthquake prediction problem. Terra Seismic, the first the first company of its kind, has successfully developed unparalleled global earthquake prediction systems. These systems can predict most major earthquakes (with a magnitude of M6.2 or greater) at least 2-5 months before they will hit.

Oleg Elshin, Terra Seismic CEO, President and Nobel Prize Nominee, gives such a straightforward explanation of how earthquakes can be predicted that it can be understood by anyone who still remembers their school physics classes. Speaking to Defence and Intelligence Norway, he said: “Earthquakes are not sudden events. Nature needs time to prepare earthquakes. Earthquake preparation is a physical process of accumulation of a huge stress. This accumulated stress will be released later in the form of an enormous amount of energy. For example, a magnitude 7 earthquake releases the same amount of energy as 32 Hiroshima atomic bombs! Of course, such huge stress accumulation can be detected. An area of future earthquake will be stressed and behave abnormally. Ahead to this huge explosion of energy, we can notice anomalies in the data we gather. Just like a fever signals people they need to see a doctor because something is wrong with them, anomalies express something is wrong in that specific area of the world. Anomalies tell us that major earthquake is coming.”
He presents a set of famous earthquakes and reveals what was previously invisible to humans – how earthquake stress gradually accumulated and, then, released at the moment of the earthquake.

Earthquakes represent an ongoing battle against mankind and Terra Seismic earthquake prediction will save millions of lives per century, provide safety and protection for billions, prevent huge material damage, and mitigate the severity of these natural catastrophes. We live in dangerous times and the next major earthquake is always on the horizon. Terra Seismic calls for cooperation with all governments and agencies, who are responsible for natural disasters.

Further reading on Terra Seismic is available at: http://www.terraseismic.org/