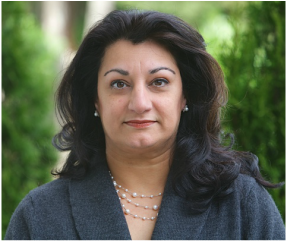 How is it possible to adhere to the ancient admonishment to “know your enemy” when one’s enemies only partially know themselves? Identities, like the narratives that shape them, are largely unconscious. The serious omissions in the way target audience information is gathered, and the manner in which analysis is conducted, are a result of not understanding the unconscious aspects of identity.

Narratives are cognitive frameworks with which we organize the influx of information to our brains. And those cognitive frames stay in the head unless they are dislodged by another frame. The influx of second by second information is either dismissed by the brain as unimportant or, if it is retained, it is placed somewhere in the narrative structure; that “placing” is the assignment of the meaning of the new information in the pre-existing narrative context.  (insert image “pixels image 94”)

When I was an undergraduate we were taught a communication model that has since been demonstrated to be  inaccurate but many, including IO practitioners, still use it. The old model goes like this:

In this old model, the goal of the sender is to relay the message as intact as possible to the receiver. And we were taught methods to secure or insulate the message from being contorted in the relay process. What we did not understand then was that the message does not carry the meaning. The meaning happens in the mind of the receiver.

Thought of topographically, narratives are like the soil that supports the stories that spring forth from it. (insert image 874218822-61) We humans are largely unconscious of the soil below the surface, but we are well aware of stories above the surface. We like stories particularly stories about ourselves. We like telling them, we like hearing them. And even if we are trained and able to do otherwise, we tend to think with and through stories.

Note that even when not explicitly asked to tell about ourselves, the stories we choose to relate are often stories that tell who we are and what we value. We choose certain stories over other stories because they fortify ourself-image.

Understanding the narrative soil is imperative to understanding the identity of the TA, the actions that result from that identity, and the elements that will trigger behavior. Actions that may seem otherwise illogical make perfect sense when the narrative context is clear. Another way to put the point is that autobiographical reasoning animates much of human behavior.

Narrative Identity Theory focuses on how humans learn and develop who we are (identity), and consequently how we are behave (action), through the narratives that we inherit.

But because that inheritance is largely unconscious no amount of polling or accumulation of demographic data is going to yield information about the narrative soil of a TA. For that we need Cultural Anthropologists to tend to the soil and we need Narrative Identity Analysts to listen to stories, collect themes and identity points, and trace them down to their cultural soil. When I asked a specific American target audience, for example,  “What narratives do you live by?” most asked me to define narrative. But when I asked “What stories do you live by?” most of the answers were variations stories of overcoming – overcoming obstacles, getting knocked down and getting up again, the little guy beating the odds. Rarely do Americans say “I am living a heroic quest as a rugged individual” but that is, in fact, a cultural narrative frame which supports the individual stories of overcoming.

Narrative Identity Analysis© involves analyzing the way a person or community (whatever your TA) frames their experience in accordance with a theme (content) of a narrative. It also involves analyzing how the content is organized and how it progresses (structure). These analytics taken together yield the narrative trajectory.

The predictability of behavior is heightened when TA story is supported by their cultural narrative. Narrative Identity Analysis as applied to individuals is a process of uncovering who people are supposed to be. You need to know what types of identities the target audiences’ culture supports and how completely or incompletely the individual you are targeting is culturally supported. Cultural narratives shape what it is possible to tell. And cultural assumptions determine who is able to do the telling.

Note that there is never just one narrative; there are narrative layers and in order to predict behavior we need to know which layer is operative in a particular circumstance. And that is tricky because narrative conflict is common.

Internarrative Identity Analysis© comes into play in cases of narrative conflict. When narratives are in conflict we need to analyze both the fractures that define the conflict and the bridges that mend it (if there are any). And when the conflict is unresolved we need to know as much about the fissure as we can learn.

To influence the behavior of a TA we either need to cause a shift in the cognitive frame, or we need a method to ensure that the information is stored in a specific place in the existing structure because that is how meaning is assigned/determined. It is the only way to have some measure of control over the meaning assigned to the information.

And that is the imperative because achieving dominant influence requires shaping the environment, not just understanding it.

(This article was originally published in NSJournal)