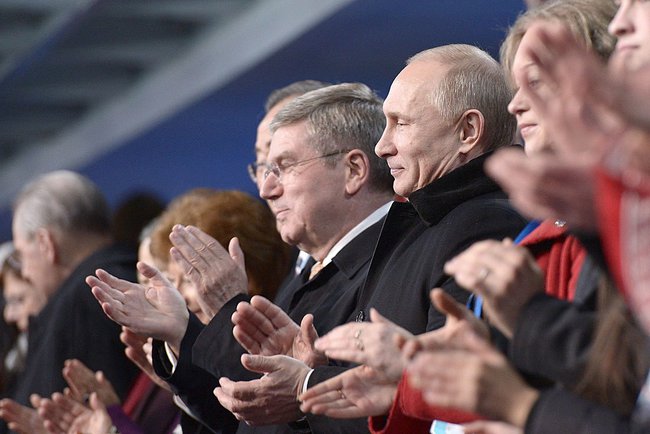 How Putin use propaganda and buy goodwill

Mr. Putin has several geo-political goals for Russia. Among the weakening  of US position as a  single superpower and growing the territorial ambitions of the new Imperial-National-Socialist Russia over first-CIS countries and second-using her energy power to divide  and neutralize Europe by splitting it from the USA or create Finlandization of some NATO countries, the third is to freeze and conserve conflicts starting from separatist entities such as Transnistria, Ossetia to South Eastern Ukraine.

The methods include multiple approaches:

1) Heavy lobbying using great deal of money to recruit politicians and key businessman in Western Europe and USA to “understand Russia’s peaceful goals,” “mutually profitable coexistence” and the danger of US  “Imperial” interests vis a vis the world. Thus creating a multi polar centers of powers.

2) Modernize Russian military as long as high gas and oil prices would allow it. Currently due to sanctions and devaluation  of ruble the only area that is not  affected due to decreased revenue is the military and intelligence (FSB)

3) Create the sophisticated propaganda machine using government controlled local and international media such as RT, centralized internet trolling ops and significantly expand Intelligence operations, not just to spy but to recruit supporters in all parts of the western elite circles.

4) The most import tactical offense is to de-stabilize the US dollar and making the financial world use other currencies, gold and other assets as means off all international financial transactions.

The purpose of creating the BRICS alliance is the elimination of dollar as the world exchange currency.   The first step was the creation of BRICS Central bank were members of that alliance could use to pay for various structural projects. However, the key discussion during that meeting was a first round of negotiations to use BRICS national currencies during their internal trade activities. Please note, that both China and India are part of BRICS. One is the largest growing economy that holds more US treasuries than any other country and India is the second or third ( don’t have the most up-date data) growing economy.

The war of currencies will be the most dangerous element of the Cold War II. I rarely hear this part of discussion among key US policy makers on the main media channels. So the goal of this post is to hear opinions regarding this potentially dangerous game from economic intel professionals, CI experts and the financial economists.

I projected that Russia will get involved in Syrian conflict. Depending on political ramblings among various alliances, Russia may take a more aggressive posture  than current air campaign and advisors and material on ground. If US abandons Afghanistan, in a similar manner as it was done in Iraq, Russia will get involved in Afghanistan very aggressively   by using his alliance with southern border countries that have a military alliance with Russia, (Tajikistan , Kazakhstan and possibly Uzbekistan). Afghanistan presents a major geopolitical  interest to RF as “soft underbelly” of its former empire)