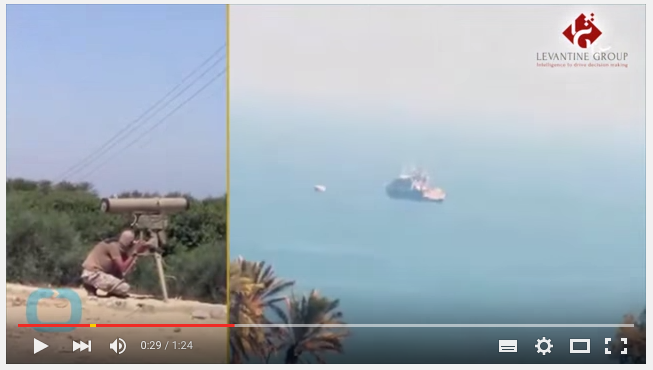 A new video produced by ISIS’s Wilayat Sinai branch in the Sinai Peninsula released on Wednesday reveals that the group has new sophisticated weaponry, which it hopes to use to launch a war against Israel.

The new 37-minute video, produced in ISIS’s well-known sleek style, opens by criticizing Egypt’s “apostate” relationship with the State of Israel over a clip from the Camp David Peace Accords in 1978. Calling Sinai the “southern gates to Jerusalem,” and “an opening to fight a war against the Jews,” the video also includes clips of the Temple Mount, former Egyptian president Hosni Mubarak shaking hands with former Israeli president Shimon Peres, as well as talking with Prime Minister Benjamin Netanyahu, and even includes animation from Israel’s Channel 10 showing a terrorist attack on an Israeli bus in 2011 on its way to Eilat. In the video, Wilayat Sinai, then known as Ansar Bait al-Maqdis [Supporters of Jerusalem], boasted its responsibility for the 2011 attack, as well as various rocket attacks, which they claim were revenge for Israel’s actions in Gaza.

Additionally, the group quotes Abu Musab al-Zarqawi, the former leader of al-Qaida in Iraq, saying that “the Jews and the ‘Crusaders’ [Christians] will taste what they tasted in the Battle of Khaybar,” referring to the battle in which the prophet Muhammad’s army slaughtered a tribe of Jews north of Medina. Sinai is referred to in the video as being part of the historical “Land of Canaan” and therefore part of the “holy land of Palestine.” Michael Horowitz, a security analyst and member of the Levantine Group, told The Jerusalem Post that Wilayat Sinai often depicts the Egyptian Army as collaborating with Israel, noting that the group often refers to the Egyptian military as the “Camp David Army.”

Though the video can be seen as a threat to Israel, Horowitz believes that despite Israeli concerns of threats from the terrorist group, the video’s anti-Israel rhetoric is mostly aimed at delegitimizing the Egyptian military. By depicting the Egyptian military as Israel’s watchdogs, its rhetoric is actually meant to justify the opposite, and legitimize the fact that the group is fighting the Egyptian army rather than Israel. Following the threats to Israel, the video shows clips of deposed Egyptian president Mohamed Morsi, while accusing the Egyptian government of creating “a democracy of infidels,” including fake Salafists and the “bankrupt” Muslim Brotherhood.

The video mostly focuses on Wilayat Sinai’s attacks on Egyptian military and civilian targets over the past year, showing clips of the group’s ever increasing strength. These include a bomb attack on the police station in the town of Sheikh Zuweid, as well as the use of the latest generation of Russian Kornet anti-tank missiles against tanks, APCs, and on one occasion, an Egyptian navy ship in the Mediterranean on July 19. According to Horowitz,

“The most significant and new element that this video seems to depict is the group’s usage of advanced missiles. Most notably the video shows that the group used an anti-aircraft missile, likely an SA-18 Igla, which is concerning, in light of the Egyptian military’s reliance on air power.”