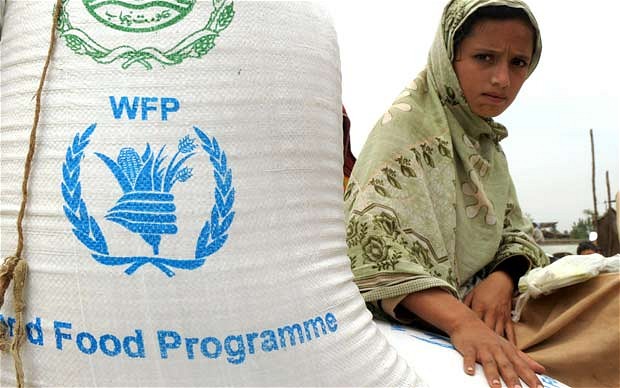 The Responsibility to Protect in the Context of State-Sponsored Terror

As a result of the Rwandan genocide, the United Nations broadened the definition of “The Responsibility to Protect” from State responsibility to protect its citizens, to the responsibility of the international community to intervene to protect civilian populations in cases wherein their own government is unable, or worse, actively engaged in war crimes, crimes against humanity, genocide, or ethnic cleansing against its own citizens.

But Russia’s veto power in the United Nations has left the international community sitting on its hands while Assad continues to produce a humanitarian crisis that will be felt for generations – for those who manage to live through it. And Iran and Russia’s involvement in the International Syria Support Groups (ISSG) renders their efforts, even to simply airdrop food and medical supplies, impotent.

On Friday, June 3, the UN Security Council announced it would formally ask Damascus to allow airdrops to areas where land access was denied by the Assad regime. And the ISSG asked that the UN World Food Program to go ahead and airdrop. The drops were allowed in some places but the regime rejected drops to Zabadani and Waer, two areas where government forces, rebels, and Hezbollah fighters are battling for control. Clearly, control over civilian populations is part of what opposing interests are vying for. Then on Friday June 10, immediately following airdrops to Daraya, Syrian military aircrafts dropped bombs on the city.

There is valid and increasing international skepticism about the ability of the UN to authorize and direct timely and effective action to protect refugees.

The UN Refugee Agency (UNHCR) is of little help as it answers to the Security Council.  And yet when civilian populations are targets of state sponsored violence, the cooperation of the international community is imperative. Partnering states can share intelligence, provide each other access to territory, share associated costs and risks, and together provide multinational legitimacy to operations.

The US and NATO’s International Security Assistance Force, along with international aid agencies, NGOs, and the local population ought to intervene and assist. NATO mandates to the ISAF are vague enough to enable implementational flexibility.

The US and NATO should identify, secure, and label certain areas demilitarized non-conflict zones, denying all combatants, and make it an enforced no-fly zone. Relief convoys can be used and air cover can be provided and any attacker should be attacked. Any interference with delivery of aid should be well publicized in order to undermine the narrative of the opposition and demonstrate our own.

With 11 million displaced Syrians (4.4 million refugees outside Syria and 6.5 million displaced but still inside Syria, according to the UN High Commission for Refugees) few issues are in more urgent need of address than this one. And as muddled and complicated as the situation is in Syria, and as difficult as it is to know who and how to lead the way forward, one thing is certain: those displaced populations will either be friends or foes and which way they go may in part depend upon what we do now.

That is one of several pragmatic reasons – beyond the moral obligation to help the affected – that the situation should be treated as a humanitarian crisis first.

While the United States government and her allies attempt some short-term versions of unconventional warfare and foreign internal defense, it is also necessary for there to be a surviving population in which and from which to fight maligned and destabilizing actors. These same populations—the lifeblood of any insurrection against violent extremists, unwanted outside influence, and a brutal central regime—are ripe for radical recruitment. Already many tribes side with groups like Daesh for basic protection and access to portable water and food. They are mobilized but not necessarily cognitively radicalized.

Early this week Washington reached out to Moscow to propose a coordinated attack against Jabhat al-Nusra, al Qaeda’s branch in Syria. Moscow proposed something similar in May. If such an agreement is reached it would be favorable for Assad – two super powers going after one component of this opposition would do his work  for him and it would feed nicely into his narrative that his opposition is an Islamic extremist insurgency rather than a popular revolt. The truth, of course, is that it is both and more, but the point is that he benefits from painting civilian opposition with the same brush as insurgents. There are credible accusations that Assad actively boosts al-Qaeda by, for one thing, buying oil from the group

With Shiite Iran, Egypt, and Hezbollah backing Assad, the conflicting interests of regional powers (Russia, Saudi, Iran, Egypt, Hezbollah, Daesh, Nusra Front, PKK, YPG/J, Turkey, and who knows who else tomorrow) make this humanitarian and security challenge daunting. Alternatively, it can be re-framed as an opportunity to alter the regions balance of power.

If we cannot eliminate the engines of instability diplomatically or militarily, then we can undermine the engine by going directly to effected populations.

People and their villages should be the literal “base of operations” throughout the campaign. The “rear” becomes those areas where we can find continuous and generous support among people. Ensuring a living, breathing civil society writ large is the strategic key to undermining extremists and malign actors in the long term.

While governmental and diplomatic officials battle one another in Geneva, small unarmed civilian aid groups are demonstrating the way forward by aiding effected populations on the ground. Groups like Islamic Relief USA, the Syrian American Medical Society, and Khalsa Aid, have been on the Iraq/Syria border providing school supplies, food, water, and medical aid. Khalsa Aid even built an industrial scale bakery inside a refugee camp.

This proposed solution is a way forward and around the UN but it is not a silver bullet. It is simply a way forward. There will be problems but those problems ought to be about how to best get the job done instead of how each and every competing interest is going to get its way.

At the grand strategic level, supporting humanitarian action and calling the chaos what it is—a humanitarian crisis foremost—helps to short-circuit violent extremist recruitment and inspirational narrative that Syrians are under attack from the West.  This is, then, also a step towards helping to stem violent extremist attacks abroad.

Howard Gambrill Clark, Ph.D. is CEO of the Stability Institute and Assistant Professor at UAE National Defense College and served in the U.S. Marine Corps (Iraq, Afghanistan, and the Philippines), the Department of Homeland Security, and Special Operations Command. His recent publications include Revolt Against Al-Qa’ida and Defeating Violent Extremists: The Tradecraft.