In 2022, the spectre of nuclear weapons use has returned to centre stage in Europe. From the very beginning of Russia’s invasion of Ukraine in February of this year, Russian President Vladimir Putin has brandished his country’s nuclear sword in an attempt to compel Ukraine to capitulate to Russia’s demands and to deter NATO from intervention. This is the most significant attempt at prolonged, consistent, and conscious nuclear coercion against NATO and its partners in almost forty years. We must therefore reflect on Russia’s nuclear coercion with considerable scrutiny. 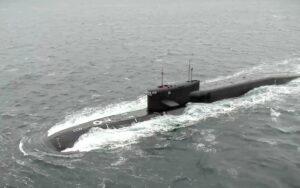 The role of nuclear weapons: deterrence vs compellence
In crisis situations, nuclear weapons may be used in two ways: to deter (deterrence) and to compel (compellence). Deterrence prevents aggression by an adversary via the threat of a massive counter-attack. Compellence is used in the interest of obtaining something, like a peace agreement, via the threat of a massive deployment of force against an adversary. Preliminary evidence from the ongoing war in Ukraine confirms what many nuclear scholars have long argued: nuclear weapons are an effective tool for deterrence but often a weaker instrument for compellence.

In Ukraine, Russia’s nuclear threats were ostensibly meant to compel Ukraine to surrender, and Western countries to halt their assistance. In fact, Ukraine’s armed forces have shown no inclination to end their defensive actions, even going so far as to strike Russian targets on Russian territory. Meanwhile, Western countries have neither halted nor slowed the flow of aid to Ukrainian troops. Still, discussions about the use of nuclear weapons in Ukraine have recently occurred at the senior level within the Russian armed forces (although without Putin’s direct involvement). These meetings could potentially be first steps toward more serious nuclear signalling.

Conversely, evidence from Ukraine strongly underscores the deterrent value of nuclear weapons. On one side, NATO’s nuclear shield has helped to deter Russian aggression against NATO member countries in the eastern part of the Alliance, especially in the Baltics. On the other side, Russian nuclear weapons have likely exerted, to different degrees and at different levels, a deterrent effect. From the beginning, NATO Allies have ruled out a direct intervention in Ukraine, including a no-fly zone, and some Allies have constrained the type and range of munitions supplied to Ukraine, likely to reduce escalation risks.

As a final note on the topic of deterrence and compellence: according to the late leading nuclear scholar Robert Jervis, nuclear weapons support territorial status-quo. In his account, nuclear weapons are effective when invoked in defence of vital interests, like national territory. In Ukraine, Putin has used constitutional referendums in the Donbas, Kherson and Zaporizhzhia to try to legitimise Russia’s claims on Ukrainian territory, and the threat of nuclear weapons to consolidate such territorial annexations. However, Russia’s nuclear deterrence has not entirely had its intended effect. Not only has Ukraine paid little heed to these warnings, launching counterattacks to reclaim its territories (to great effect in Kherson), but the international community has systematically replied with reference to international law: both de jure and de facto, these areas are still Ukrainian territory. 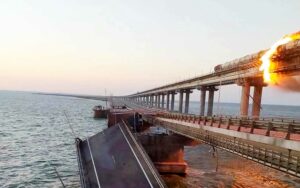 A more severe test of Jervis’ theory does loom on the horizon, though. Does Russia’s de facto possession of Crimea over the past eight years make it “Russian” enough that the threat of using nuclear weapons to defend it seem more credible? Predictions are impossible as future actions will be informed by a multiplicity of variables. We know that Ukraine has already used military force against targets in Crimea, including drone strikes on an airbase and an unclaimed, though devastating strike on the Kerch Strait Bridge connecting Crimea to the Russian mainland. No nuclear escalation or additional Russian nuclear threats have followed so far. However, Russia clearly attaches far more strategic value to Crimea than it does to other occupied Ukrainian territory, likely due to the historical role of the naval base of Sevastopol as the home of Russia’s Black Sea Fleet. Were Ukrainian forces able to reclaim territory in Crimea – which, at this point in time remains a matter of speculation, even with recent successes – Russian President Vladimir Putin may find himself under domestic pressure to take drastic action. In short, the ambiguity that exists in determining whether Russia now considers Crimea “status-quo” territory could lead to miscalculation that produces nuclear escalation.

NATO’s deterrent posture
Russia’s willingness to invade NATO partner country, Ukraine, and to brandish its nuclear weapons reaffirm the central role that nuclear weapons play in the security of the Alliance and its Allies, at least for the foreseeable future. Neither disarmament nor a substantial de-emphasis of nuclear weapons in NATO’s defence and deterrence posture is feasible or desirable at this time. With Russia’s arsenal of roughly 2,000 tactical nuclear weapons, the escalatory threat that Russia presents below the strategic nuclear level – that is, in using nuclear weapons with smaller yields and shorter ranges – regrettably forces NATO to meet that threat with its own credible option.

NATO must therefore remain nuclear Alliance, but is NATO’s current nuclear posture sufficient to ensure effective deterrence against Russia? While NATO issued a new Strategic Concept this past June that highlighted the role of nuclear weapons in Allied deterrence, the document was light on specifics, suggesting that Allies would rely on an “appropriate mix” (para. 20) of nuclear and conventional military systems. As Russia’s military position continues to deteriorate in the face of heroic Ukrainian resistance and international sanctions, and as Moscow becomes increasingly isolated from the international community, it is not difficult to imagine that Putin will begin to turn more frequently and more aggressively to his nuclear signals in order to extract political concessions from the West and Ukraine. Having been maneuvered onto Thomas Schelling’s “slippery slope” of competitive risk-taking, is NATO equipped to respond credibly to Russian threats of nuclear escalation? 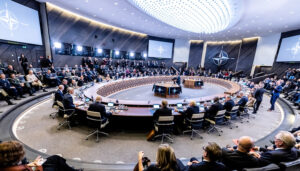 NATO will increase support for Ukraine while strengthening the Alliance’s defence and deterrence. NATO Defence Ministers meeting on 13 October 2022. (© NATO)

That Russia has not taken military action against a NATO member country, and has been careful not to take escalatory action that might provoke a direct NATO response thus far suggests that NATO’s theatre nuclear posture, based on nuclear sharing and the deployment of B61 gravity bombs delivered by Dual-Capable Aircraft (DCA) in Europe, is sufficient for the moment. However, Russia’s behaviour arguably vindicates the 2020 decision by the US to deploy the W76-2 low-yield nuclear warhead atop the D5 Trident Submarine Launched Ballistic Missiles (SLBM) to complement NATO’s current tactical nuclear weapon mainstay (since they are more survivable than the DCA-delivered B61). In addition, the United Kingdom’s 2021 decision, with its Integrated Review, to expand its nuclear stockpile by 40 percent may also be seen as a reasonable response. While the introduction of US low-yield SLBM adds technical and political flexibility to the strategic calculus, the Alliance’s nuclear posture builds on three decision-making centres – Washington, London and Paris. Other Allies are involved either through the nuclear-sharing agreement underlying the DCAs or through the Nuclear Planning Group, adding a dimension of political unity and an element of strategic decentralisation, which, combined, make it harder for Russia to gauge NATO’s possible actions and reactions, thus undermining its possible bets.

Ukraine, arms control, and non-proliferation
As a final point of interest, Russia’s coercive nuclear behaviour also directly affects two other areas of critical importance in the nuclear sphere: arms control and non-proliferation. Will Russia’s aggression in Ukraine undermine negotiations for strategic arms control in the next half-decade? Moreover, has Russia’s nuclear coercion and outright willingness to use military force against Ukraine made nuclear proliferation in the future more likely, less likely, or has it had no effect at all?

With respect to arms control, the main challenge relates to US-Russia negotiations over the New Start Treaty, which caps both sides’ strategic nuclear forces at mutually agreed levels. The extension of New START in early 2021 was agreed to only two days before the treaty’s expiration, and while a negotiation of a follow-on treaty are desirable for both sides, a baseline of mutual confidence is needed to achieve a deal. Russia’s aggression in Ukraine has shattered that confidence. It is possible, then, that the war will have soured relations between the two sides to such an extent that a deal will no longer be possible, at least for the foreseeable future. Moreover, the optics of negotiating an arms control deal while the conflict rages on could be negative enough that domestic and international political pressure (especially on the United States) precludes the negotiation of a deal.

Still, relations between the US and Russia were not exactly positive during negotiations over the most recent extension of New START, and a treaty was achieved nonetheless. Equally, it could be argued that with the ongoing war in Ukraine and the instability that has been brought to the European security order, now is not the time to add further instability by abandoning arms control at the strategic level. Without caps on strategic weapons and their delivery systems, an arms race could take place in Europe, with negative effects for strategic stability. The key questions are whether the Russian defense and technological industrial base is truly capable – under the current sanction regime – of significantly ramping up its nuclear arsenal, and how scarcity of resources may affect the conduct of the war in Ukraine. 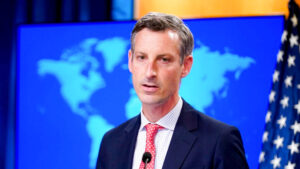 The plight of Ukraine also raises questions about the possibility of global nuclear proliferation in the future. In 1993, John Mearsheimer made a now-famous argument that Ukraine’s relinquishment of the nuclear weapons it inherited from the Soviet Union would be a strategic mistake. Had Ukraine possessed nuclear weapons in 2022, Russia almost certainly would not have invaded. Thus, other states may view Russia’s aggression as an example: while you may feel some security today – as Ukraine felt after the Budapest Memorandum of 1994 – such security may not last forever. Still, we should also note the problems with Mearsheimer’s argument. It fails to consider that Ukraine lacked the infrastructure to maintain those weapons and the nuclear codes and expertise needed to use them. The institutional and human knowledge needed to ensure the functionality of those weapons remained with Russia. In short, possession does not equal credible deterrence in and of itself.

Conclusions
Russia’s nuclear signalling and coercion is deeply destabilising for the international security order. It presents one of the most significant challenges that NATO has faced since the Cold War. However, through Russia’s attempted coercion in Ukraine, we may draw a few preliminary conclusions – though further research is needed to support these findings. Nuclear weapons remain the ultimate deterrent tool. Although few doubted this before the conflict began, it bears repeating, especially considering that NATO is a nuclear Alliance. By contrast, nuclear weapons appear a weaker tool of compellence. This holds important lessons for other potential future crises in Europe or elsewhere. NATO Allies were not bound, politically or diplomatically, to help Ukraine defend itself, but they proceeded in doing so regardless of Russia’s nuclear rhetoric. Beyond these lessons, much remains to be seen in Ukraine and elsewhere. Will Russia’s nuclear coercion have any effect on NATO’s own nuclear posture? On the future of arms control? Non-proliferation? And will other countries draw the same lessons? Only time will tell.

ABOUT THE AUTHORS
Pierre de Dreuzy is a Research Analyst at the NATO Defense College in Rome.

Andrea Gilli is a Senior Researcher at the NATO Defense College and the coordinator of the NDC-based annual Early-Career Nuclear Strategists Workshop, which fosters knowledge and understanding of nuclear issues among scholars and practitioners.

Article first published in NATO Review 29th November 2022.
The views expressed in this article are those of the authors only, and do not represent the official positions of NATO or the NATO Defense College.
Source: NATO (What is published in NATO Review does not constitute the official position or policy of NATO or member governments.NATO Review seeks to inform and promote debate on security issues. The views expressed by authors are their own).