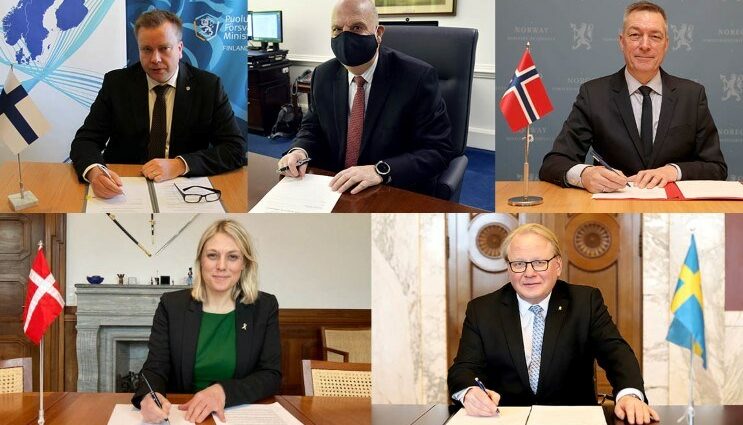 The Acting Secretary of the U.S. Air Force and the Ministers of Defence of Denmark, Finland, Norway and Sweden signed a Letter of Intent on 17th February, 2021, stating political support to the continued Nordic-US engagement in the Nordic-led flag-level air exercise, Arctic Challenge Exercise (ACE).

U.S. valuable contributions are key to uphold the high-level quality of the exercise. Together with the engagement of the Nordic countries and important European contributions, the aim is to maintain ACE as one of Europe’s largest air exercises.

The signing of the Letter of Intent is a significant signal of the strong Nordic-Transatlantic cooperation and highlights the continued political and military importance of US presence in Northern Europe.