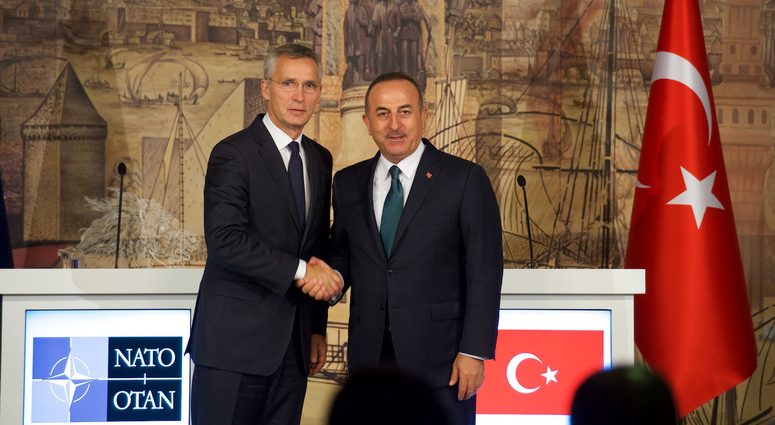 “Turkey is a great power in this great region”, the NATO Secretary General stressed, “and with great power comes great responsibility”.

NATO Secretary General Jens Stoltenberg visited Turkey on Friday (11 October 2019) to discuss preparations for the NATO leaders’ meeting in London this December, marking NATO’s 70th anniversary. Mr. Stoltenberg met with Turkish President Recep Tayyip Erdoğan. They discussed the Alliance’s continued adaptation and the security situation in the region. In his meeting with Foreign Minister Mevlüt Çavuşoğlu, the Secretary General thanked Turkey for its commitment and many contributions to NATO.

In his meetings in Istanbul, Mr Stoltenberg also discussed the situation in Syria. He underlined that “while Turkey has legitimate security concerns, I expect Turkey to act with restraint.” Mr. Stoltenberg expressed his “serious concerns about the risk of further destabilising the region, escalating tensions, and even more human suffering”. He emphasized that “We have a common enemy – Da’esh. A few years ago, they controlled significant territory in Iraq and in Syria. Working together in the Global Coalition, we have liberated all this territory and millions of people. These gains must not be jeopardized.”

“Turkey is a great power in this great region”, the Secretary General stressed, “and with great power comes great responsibility”. Mr. Stoltenberg urged Turkey to avoid any unilateral actions that may further destabilize the region and escalate tensions.

During his visit, the Secretary General had also discussions with Turkish Defence Minister Hulusi Akar.