Current threats to democracy and the liberal world order from authoritarian populism are due to the failures in governance and civics that have given it fertile ground. Like terrorism, hybrid warfare, and other distributed people-centric challenges in peace and security within and beyond borders, authoritarian populism is an international strategic challenge in human security and peacebuilding. 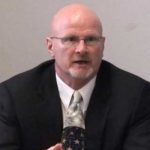 Strategies to combat authoritarian populism must: first, distinguish it as an international security challenge, including its use of strategic narratives to sway populaces; second, see it as a result of failed citizenship as much as failed government; and third, employ a strategic, service-based peacebuilding approach to governance and citizenship that is as bottom-up as top-down.

It is tempting to see authoritarian populism as a problem of domestic politics. In a globalized world, however, it is also an international security problem – if only because it has proliferated in so many places at once. But there are more seismic reasons, such as a steady surge in wealth disparity and unprecedented numbers of forcibly displaced persons and international migrants. The ensuing instability and uncertainty present entry points for terrorism as well as Putin’s dezinformatsiya attacks on democratic processes, opening another front in his political war on NATO in addition to non-linear or “hybrid” warfare on Europe’s shared periphery. The compromise of Western soft power has also enabled China to challenge Western moral authority on the world stage.

Authoritarian populism also exacerbates globalization’s erosion of national political authority, eviscerating faith in governance and undermining Westphalian frameworks to manage peace and security, finance and trade, and information. The vulnerabilities, social grievances, and gaps in governance giving way to populism over here are much the same that hostile states and non-state illicit and extremist networks exploit over there. Whether in Central Europe, Central America, Central Asia or Central Africa – failing and fragile states are failing and fragile states.

Understanding authoritarian populism as an international security challenge doesn’t make it less serious, but it may make it less hopeless. No wonder NATO countries struggle with populist assaults at home as with asymmetric or hybrid warfare abroad – both their responses reflect a state-centric view of security. As with distributed, people-centric or “gray zone” problems of peace and security within and beyond borders, authoritarian populism demands a strategically collaborative response.

While authoritarian populism feeds on the belief in the right of ordinary people to govern, it appeals to a distorted sense of entitlement of constituencies sensing loss of social dominance or the perception of minorities of systemic abandonment. Dressed as democracy for the disaffected, it eventually fails to deliver its outsized promises on the very grievances it exploits for its own power gain. Its real danger is in how it makes its victims, as in online phishing scams, unwittingly trash their own system software. The Russians, after all, haven’t hacked Western social media as exploited its built-in vulnerabilities to degrade them to gain strategic and psychological advantage.

Understanding narrative is fundamental to understanding this threat. “Narrative is a strategic story,” explained narrative strategist Ajit Maan in Narrative Warfare. Narrative warfare is a strategic struggle over the meaning of information. “When narratives are weaponized, they can undermine homeland security by shaking the faith of citizens in democratic institutions and the rule of law.”

Narrative is less about facts or truth and more about beliefs. It sets off powerful negative emotions like fear, ignorance, and cynicism, prompting irrational behavior. Many liberal governments and parties, vested in the rational actor theory of political behavior, struggle to push back against right-wing populist rhetoric by employing ideals, facts, reason, empathy, and awareness-raising, with often counterproductive results – and the answer to right-wing populism is not left-wing populism.

If soft power is about persuasion, then narrative is actualized soft power; and, if identities are values in action, then narrative is value-based. Value-basing is essential to strategy, a process of making choices today about desired future outcomes. Values shape interests, which in turn inform strategy and policy, and then the actions of those implementing them. Identity is values in action, the connection between saying and doing. In a world swayed by narrative, the moral foundations of societies and governments wax more important.

Governments, however, are not solely responsible for societal collapse – faltering civic qualifications are indicative of many countries that authoritarian populism plagues. In addition to this lagging performance in the Democracy Index, many measures show how Americans, for example, fall short as national and global citizens. The OECD’s 2015 Program for International Student Assessment ranked them 40th of 72 countries in mathematics, 25th in science, and 24th in reading skills. With education aimed at commercial over civic preparedness, one-fourth of U.S students are at or above proficiency in civics, history, and geography. Despite interconnectivity, Americans are withdrawing from the world, in large and small. The paralyzing divisiveness of Americans at home, in turn, exacerbates their engagement gap abroad.

As an international security issue, authoritarian populism is better framed as a human security challenge in strategic peacebuilding. In a larger sense, building peace is an ongoing process of maximizing stakeholders and minimizing spoilers to governance and civil society. It is also a political process in building constituency to respond to the vulnerabilities, grievances, and gaps that governments fail to reconcile. Peacebuilding is inherently a strategic process of building ground-up governance – thinking globally while acting locally. It promotes civilian resilience by helping to build collaborative platforms and narratives for cross-sector civil dialogue and learning.

The answer to authoritarian populism may not be to scale down political innovation as much as to power it up. The emerging consensus, as in the Sustainable Development Goals, is that stability, security, resilience and peace and freedom are better gained, maintained, and sustained in ways more collaborative and community-based, eliciting inclusive leadership and citizenship – as informal as formal, local as global. This puts democratic societies at a distinct strategic advantage. Democratic governance is indeed an inefficient way to govern. Its value, instead, lies in harmonizing discordant interests, managing complexity and diversity, and empowering constituents.

The adaptive dynamics of strategic peacebuilding apply universally. They must also leverage intergovernmental resources and regional cooperation mechanisms that democratize countries by empowering people through the promotion of local, national, and global citizenship. The European Union is perhaps the best regional model for this. In addition to more effectively coordinated policies on cross-border issues like migration, climate change, and trade, it must help enable a new narrative on European identity that all European citizens can find workable in their lives.

The idea of citizenship as a base component of governance in peacebuilding has gained some traction, but citizenship as foundational to security and stability has so far seen sparse treatment in national or international peace and security institutions, research and academic centers, public organizations or agencies, think tanks and other institutions, and journals and media.

Intrinsic to an evolving idea of governance, citizenship must find a new conceptual framing, moving away from inherited privilege or the consequences of accidental advantages such as birth. In other words, a new, global ethos of national identity must guide national policies and laws of citizenship and immigration and assimilation, toward what the late Senator John McCain called “ideals and not blood and soil” in his farewell letter.

Democratic citizenship in a globalized world would best find value, identity, and narrative in an ethos of service to others in shared spaces. If the essential grievance of governance is inadequate public service delivery, then the gaps that give way to resentment – and the instability it engenders – are best filled by enabling and empowering grieved persons and groups to become stakeholders in the common civic enterprise. Nations of passive observers watching others make decisions easily succumb to anger, cynicism, and indifference.

Citizenship that thinks globally and acts locally and fosters a more collaborative and inclusive mindset is antidote to narcissism and exclusion. Service-powered citizenship also helps people feel more empowered and hopeful, resilient to the darker narratives of exclusion and division. Good citizenship drives good governance and good leadership, morally grounded in personal and social responsibility and accountability. Walking the talk, it draws people together, overcoming divisiveness – in the United States, it could help put the unum back into E pluribus unum. The idea of bringing people together through a narrative of local, national, and global citizenship as heavily weighted in common denominators as in numerators is also important to European unity and identity – and the revitalization of the transatlantic community of values.

Populism presents a strategic opportunity to complete globalization’s dangerously unfinished work to bring people in instead of leaving them out. It is a wake-up call for establishments to try honesty as a policy, rein in corporate and lobby influence, and address long-neglected grievances – at home as well as abroad. Moreover, they must reform national narratives and legal frameworks about citizenship as a form of participatory governance and service as a rite of passage that apply equally to those who already live in their societies as those who wish to. As corporate citizens, the media also has a critical role in shaping a new narrative that balances dark news from capitals with inspiring news from communities.

Christopher Holshek, Colonel, U.S. Army civil affairs (Ret.), is Senior Civil-Military Adviser for Narrative Strategies, a U.S. based think and do tank. Holshek is also a Senior Fellow at the Alliance for Peacebuilding and a senior civil-military advisor for the NATO Resilient Civilians in Hybrid and Population-Centric Warfare research project. In addition to numerous contributions to U.S. Army, Joint, NATO, and United Nations civil-military, peace and stability operations doctrine, he has published extensively on national security, strategy, and civil-military, stability, and peace operations. He is currently working in Colombia helping civil and military organizations there build capacity in these areas. His book, Travels with Harley – Journey in Search of Personal and National Identity, and related project aim to help build civil-military resilience and move divided countries forward though narratives of citizen service to community and country.