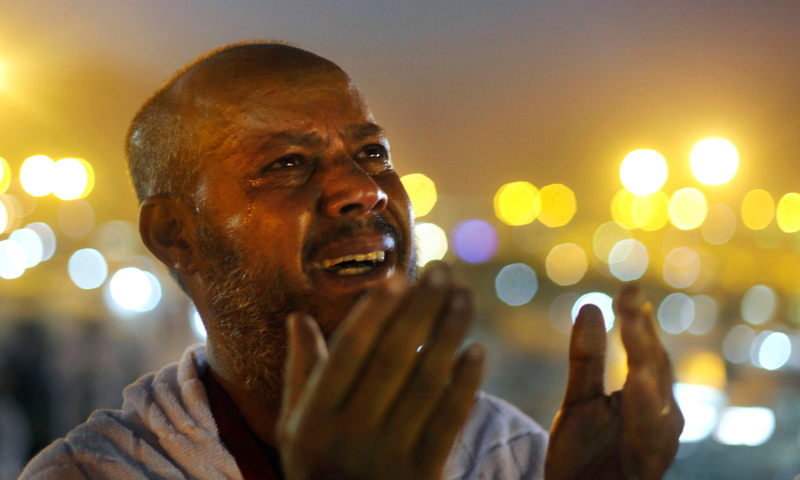 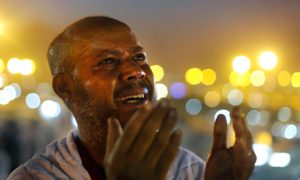 ICSVE’s new Breaking the ISIS Brand Counter Narrative video, A Poor Man in the Islamic State, is based on the testimony of Syrian ISIS defector Abu Abdullah recorded in Turkey in October 2015 by Anne Speckhard and Ahmet S. Yayla.  In this video, Abu Abdullah talks about his work in the ISIS hisbah or morality police.

According to Abu Abdullah, ISIS hisbah members began extorting money more heavily from their subjects at the end of the month—in order to bring in extra money. While Abu Abdullah states that he was initially lured into ISIS and fighting jihad for “the sake of Allah”, he finds instead that their promises of money, virgins and eternal Paradise are just words, whereas the reality of ISIS is beheadings, slavery and widespread injustice.

Timed transcript of A Poor Man in the Islamic State video:

porch of his house, eating and  drinking tea.

usually increase our tours at the end of the

excuses. What matters is to bring back

your hand. I don’t have anything to give you.’

won’t forget this for the rest of my  life.

Allah this is unjust.

brother in Islam.  They don’t kill any

of the image of Islam. That’s it. Be aware

of Muslims, Muslim slaves; [you would ask

brothers, I advise you not even think about

2:29     Sponsored by the International Center for the

Anne Speckhard, Ph.D.,is Director of the International Center for the Study of Violent Extremism (ICSVE) and serves as an Adjunct Associate Professor of Psychiatry at Georgetown University School of Medicine. She has interviewed over 600 terrorists, their family members and supporters in various parts of the world including in Western Europe, the Balkans, Central Asia, the Former Soviet Union and the Middle East. In the past two years, she and ICSVE staff have been collecting interviews (n=78) with ISIS defectors, returnees and prisoners, studying their trajectories into and out of terrorism, their experiences inside ISIS, as well as developing the Breaking the ISIS Brand Counter Narrative Project materials from these interviews. She has also been training key stakeholders in law enforcement, intelligence, educators, and other countering violent extremism professionals on the use of counter-narrative messaging materials produced by ICSVE both locally and internationally as well as studying the use of children as violent actors by groups such as ISIS and consulting on how to rehabilitate them. In 2007, she was responsible for designing the psychological and Islamic challenge aspects of the Detainee Rehabilitation Program in Iraq to be applied to 20,000 + detainees and 800 juveniles. She is a sought after counterterrorism experts and has consulted to NATO, OSCE, foreign governments and to the U.S. Senate & House, Departments of State, Defense, Justice, Homeland Security, Health & Human Services, CIA and FBI and CNN, BBC, NPR, Fox News, MSNBC, CTV, and in Time, The New York Times, The Washington Post, London Times and many other publications. She regularly speaks and publishes on the topics of the psychology of radicalization and terrorism and is the author of several books, including Talking to Terrorists, Bride of ISIS, Undercover Jihadi and ISIS Defectors: Inside Stories of the Terrorist Caliphate. Her publications are found here: https://georgetown.academia.edu/AnneSpeckhardWebsite: and on the ICSVE website http://www.icsve.org

2018-04-22
Previous Post: Future acquisitions for the Norwegian Defence Sector 2018–2025
Next Post: ISIS – When Serving Terrorism is an “All in the Family” Affair