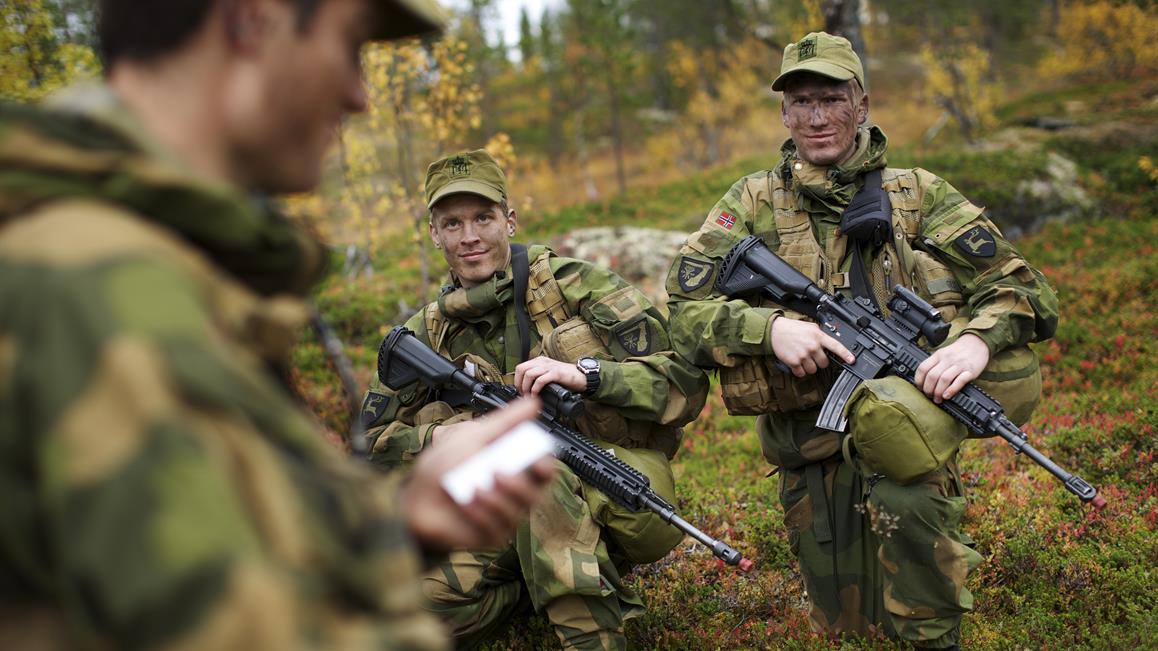 The export performance of firms in the defence industry

We jump directly to conclusions and policy implications on this solid report first published in 2012. The paper has carried out an empirical analysis of the main factors explaining the export performance of firms in the defence sector in Norway. After a presentation of our theoretical framework and hypotheses (section 2) and the data and methodology (section 3), the paper has presented the results of two complementary analyses.

By Fulvio Castellacci and Arne Fevolden 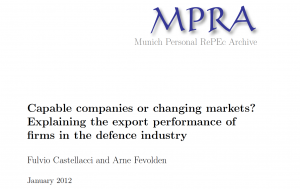 The first is based on quantitative firm-level data for the whole population of defence companies in Norway, and limited to the recent period 2006-2009 (section 4); the second is based on qualitative case study research on the three most important defence export product types (weapon stations, ammunition, electronics), and how these have emerged historically and come to dominate the export markets in the last few years. The key results of the paper and the main implications for policy can be summarized under the following four points.

First, public regulations and policy interventions in the defence industry are as wellknown extensive, and they do play an important role to foster the export performance of domestic firms in foreign markets. Specifically, both the quantitative firm-level analysis and the description of the three case studies indicate that offset agreements have had a clear role to overcome entry barriers and facilitate the initial penetration of Norwegian defence firms in international markets. However, as stated in the introduction of the article, the new EU Directive that is now starting to be implemented by EU members (and Norway) will gradually seek to introduce a greater degree of market liberalization and progressively limit the number and extent of offset agreements that national authorities will be allowed to stipulate (Edwards, 2011).

This 27 implies that, in a long time horizon, defence enterprises will have to rely less and less on this type of instruments of national protection, and progressively base their international competitiveness solely on their own capabilities, competencies and strategies. This calls the attention to our second result. A summary description of Norwegian defence firms’ competencies and strategies leads to point out two distinct market trajectories. On the one hand, only a few large oligopolistic enterprises (e.g. Kongsberg and Nammo) have been able to maintain their dominant position for a long time and eventually configure themselves as internationally competitive system integrators and global players in a number of different areas (see the description of the first and the second case studies).

This type of trajectory largely resembles what the recent international economics literature identifies as superstar exporters, i.e. large firms that due to their greater size, productivity and capital intensity, are able to overcome trade barriers and export in several different foreign markets. On the other hand, however, a distinct trajectory is traced by a bunch of SMEs that, despite their relatively smaller size and more narrow competence and product portfolio, have been able to achieve a solid international position by providing specialized equipment and precision instruments to large defence manufacturers in foreign countries – as discussed in the third case focusing on the export of defence electronics (e.g. the companies Thales Norway and Simrad Optronics).

This second typology closely corresponds to what Pavitt (1984) defined as specialized suppliers firms. The Norwegian export patterns suggest that these, by achieving a high degree of specialization in a narrow range of industry segments, may turn out to have an important role to foster small countries’ participation in the global value chain. All in all, according to our empirical research, the key success factor that is common to both trajectories is not firm size per se but rather the set of core competencies that characterize each company. Thus, policy measures aimed at strengthening Norwegian firms’ international competitiveness should not only focus on the restricted core of large exporters but also introduce schemes to support further the foreign market penetration of smaller specialized suppliers.

Thirdly, in such a highly sophisticated technological environment as the defence industry, firms’ core competencies are closely interwined with and strongly dependent on their technological capacity and innovative activities. Our empirical analysis has kept this aspect under close scrutiny. On the one hand, both the regression and the 28 case study results have highlighted the important role of the public S&T system as a key cooperation partner for innovative firms in the Norwegian defence sector – see in particular the key role played by the public research organization FFI for the initial development of all three products analyzed in our case studies. On the other hand, we have also focused on R&D intensity as a possibly important factor explaining firms’ export performance. Our regression results, though, fail to identify any statistically significant correlation between the two variables. The case studies did however shed further light on this result (or lack of such). In the defence industry, the lag between an R&D project and the phase of market (and foreign market) commercialization is typically quite long, so that it is difficult to measure this relationship within the context of a relatively short time span and dataset.

The first and second of our case studies – on weapon systems and ammunition – do in fact indicate that the technologies underpinning these successful export products had in all cases been introduced several years (or even decades) before these became popular items in international defence markets. An implication for policy making here is that R&D projects – and particularly those funded by national agents through public procurement – should to the extent possible take into due account demand opportunities in overseas markets and their possible future prospects, since the export success of any new R&D project is highly dependent on the match between the technological and product characteristics, on the one hand, and market demand opportunities, on the other. The importance of demand opportunities and changing demand conditions leads to our fourth main conclusion. The defence market is typically characterized by fluctuating demand where one or few big, often public, customers are responsible for a large share of contracts.

And since these large customers are highly dependent on political conditions and exogenous shocks, market demand is often characterized by strong uncertainty and volatility. Specifically, in the Norwegian case, an overly important factor to explain the recent export success for weapon systems and ammunition is the increased market opportunities that have been created in the last decade by international political developments and new military requirements determined by the conflicts in Afghanistan and Iraq. Although these political developments and the related changing demand conditions are to a large extent difficult to predict, an important factor that may partly alleviate this problem is userproducer interactions, which is another crucial variable highlighted in our paper. In 29 fact, our results show that Norwegian defence firms regard advanced users in foreign markets as an important cooperation partner to commercialize their products overseas.

To the extent that well developed and long lasting collaborations between domestic and foreign producers contribute to decrease transaction costs and lower entry barriers in international markets, international collaborative projects and joint ventures may represent an important strategy for firms to achieve a greater degree of certainty and predictability about future demand conditions and share the related risks with their international partners. This type of collaborative schemes does therefore represent a potentially relevant policy measure to foster defence firms’ efficiency and international activities.

Read the full report from this link: http://mpra.ub.uni-muenchen.de/36026/