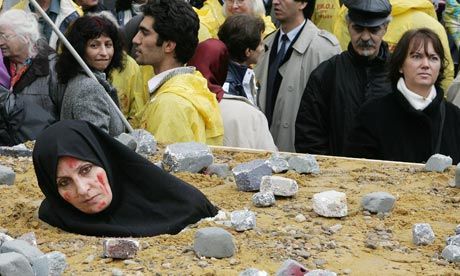 The Shameful Failure of the War against ISIS

Exactly 17 months have passed since the leader of Islamic State, Abu Bakr al-Baghdadi, declared the establishment of an Islamic caliphate during a speech in Iraq, and it appears that, despite the world’s opposition, his words are coming true.

Over the past 17 months, the Western world and the Arab states have shown their helplessness in dealing with the dangerous phenomenon known as ISIS, which is expanding and threatening all over the globe.

However, the world still has not fully sobered up and prepared for an all-out was against the radical jihad organization. It’s not clear whether the first three attacks were coordinated .

They occurred, however, during the Muslim holy month of Ramadan and may have been intended to mark the one-year anniversary of the declaration of the establishment of the “Islamic caliphate”.

In the weeks before Ramadan ISIS did call on its operatives to step up attacks during Ramadan, and more attacks could be on the way. In the course of the last 16 month, since declaring its caliphate, ISIS has succeeded to conpuer a territory of over 350.000 square kilometers, and it continues to expand as it keeps triumphing on the battlefield.

ISIS already controls half of the territory of Iraq and Syria. One of its branches controls part of the northern Sinai Peninsula, and it has taken over areas of Dama and Sarat in Libya, as well as parts of Yemen and southern Algeria. ISIS also has plans to invade Jordan and Saudi Arabia and to expand in Iraq and Syria.

On June 25, 2015, Yevgeny Lukyanov, deputy secretary-general of Russia’s National Security Council, made an important statement regarding ISIS. He called on the Gulf States to “pray that President Bashar Assad remains in power because he is the only one who can stop ISIS and its spread”. He warned, “If Bashar Assad’s regime colapsesa, ISIS’s first target will be Saudi Arabia and the other Gulf states”. The independent entity that ISIS has established, known as the Islamic State, is managing to provide for itself economically and military and is ruliong more than ten milion people. Despite the common view that it is the young jihad generation that is running ISIS, the group is actually masterminded by form,er officers in the Iraqi army who have become devout Muslims.

The fact that the ISIS leadership has succeeded to translate the notion of the Islamic caliphate into a tangible reality covering a large territory has stirred the imaginations of thousands of young people all over the world. The idea of a “jihad to establish a state in which the society practices sharia (Islamic Law) while social justice and equality prevail” has captured their hearts and given them a sense of meaning in life, to the point that they have decided to leave everything behinde and go join the organization. ISIS has been able to exploit feelings of frustration over oppression and corruption among the young generation in the Arab countries, along with feelings of humiliation among the Arab peoples over the West’s intervention in their countries.

At the same time it has adopted a successful strategy of psychological warfare in which the group instills fear with acts of savage terror. The city of raqqa in Syria is considered the “capital” of the Islamic State. ISIS is gradually making it a symbol of an Islamic city that is ruled according to Islamic religious law, sharia.

The western world has failed in its war against ISIS. Indeed, the United States has formed a coalition of 60 countries and launched more than 3000 bombing sorties at ISIS targets. It has not, however, succeeded in curbing the organization, the bombing have slowed ISIS progress in combat zones but have not weakened it. The United States is now trying to mobilized the Iraqi army and the Sunni tribes for a war on ISIS, but it is doubtful that this effort will succeed. Meanwhile, the influx of volunteers to ISIS has also grown. The United Nations reports an increase of about 70 percent in the numbers of those joining ISISD over the past nine month.

The numbers of foreign fighters in ISIS ranks in Syria and Iraq comes to 20 000, with about 20 percent of the fighters from Western Europe. The Western countries have completely failed to rein in the phenomenon of volunteers joining the organization. The United States, Canada and European nations may pay the heavy price when thesew radicalized fighters return to their home countries and continue their violent terrorism. ISIS is widening its hold on Libya and already threatening to launch thousands of fighters from its soil for attacks i Europe. It has succeeded to entrench itself in the cities of Darn and Sarat, and it already constitutes a major danger to the Libyan government, parliament and army.

The United States and Europe still do not appear to grasp the magnitude of the problem. The Obama administration has been taking little interest in what is happening in Libya. According to reports from American sources, the administration’s attention is foucused on ISIS expansion in Iraq and Syria. After the fall of the Qaddafi regime, the United States left it up to the Uniterd Nations and the international community to deal with the situation in Libya, and this has enabled ISIS to gain even more power there. The suicide bombing at the Shiite mosque in Kuwait came hard on the heels of two recent attacks by ISIS on Shiite mosques in Saudi Arabia.

The organization is seeking to stir unrest and Sunni-Shiite strife in the Gulf States. The Arab states, for their part, also lack a strategy for fighting iSIS. Some of them are taking part in the Western coalition against the organmization. But the Arab states are not waging a coordinated effective struggel against the group. At the end of June, 2015, Tunisian President Beji Caid Essebsi said that “Tunisia cannot fight terror alone”. The only Arab leader who well understands the danger of radical islamic terror is vigorously fighting it is Egyptian President Abdel Fattah el-Sisi. Sisi has taken unprecedented steps against ISIS terror. He is using the Egyptian army to wage an ongoing bloody war against its branch in northern Sinai, known as Ansar Beit al-Maqdis.

He has also outlawed the Muslim Brotherhood, of which Al-Qaeda and ISIS are offshoots. Regrettably, however, the Arab world has not responded to Sisi’s call last year to mobilize together for a war on ISIS terror. His call fell on deaf ears, and he is a lone voice crying out in the wilderness of the Arab states abjectness and weakness. These countries are now starting ta pay a price in blood. The West’s strategy is unclear. The two greate dangers in the Middle East are, on the one hand, the expansion of Shiit Iran, and on the other, the expansion of radical Sunni ISIS. The United States is trying to form an alliance with Iran via nuclear agreement, hoping it can then utilize this alliance to check ISIS’s expansion. Iran will not do the work for the Sunni states and the West. It has its own interests, including destabilizing the Sunni states. The Arab states are not managing to unite and form a common front against the ISIS menace, as each busies itself with its own affairs. Jordan’s King Abdullah is now considering arming the Sunni tribes in southern Syria so as to create a security zone to Jordan’s north, and thereby try and stop the jihad terror from filtering into his kingdom.

However, it appears that, apart from the victims of terror, those who will pay the price will be the Muslim themselves as they fail to expunge ISIS from their minds, denounce it, and combat it resolutely. In a bomerang action, the more that ISIS attacks increase and worsen in the Western countries, the more the anger toward these countries Muslim communities will grow, and it is these communities that will ultimately pay the price of the anger and frustration.

2015-12-27
Previous Post: Eyewitness Accounts from Recent Defectors from Islamic State: Why they Joined, What they Saw, Why they Quit
Next Post: Welcome our new editorial team member Anne Speckhard, Ph. D.