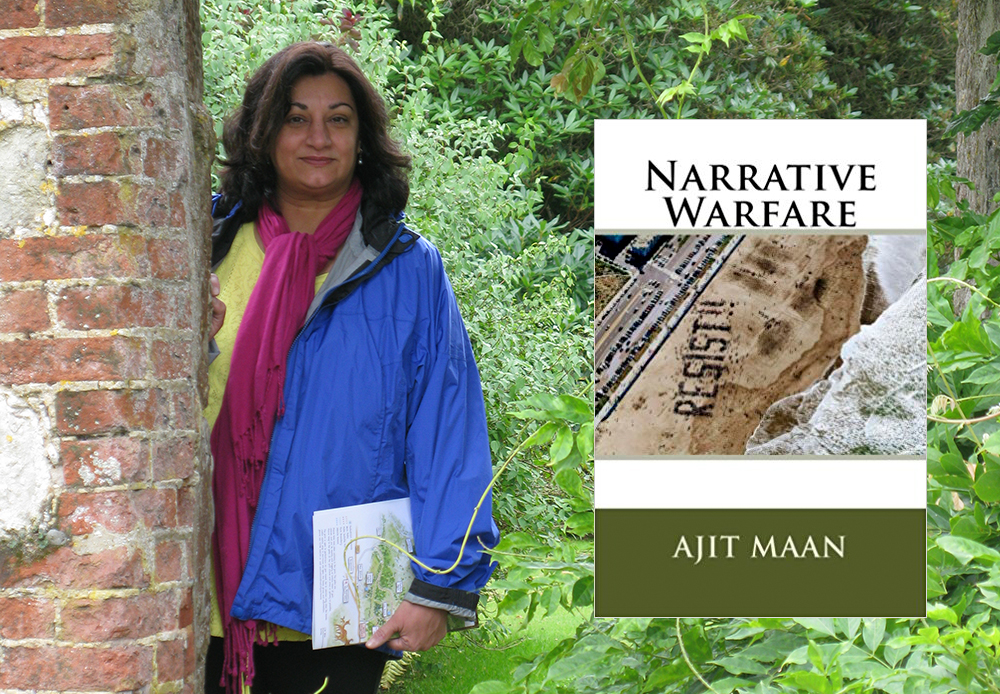 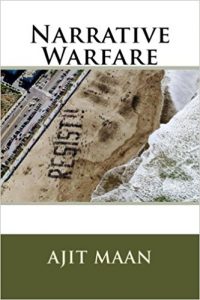 Today a brand new book, Narrative Warfare, is available for the international defence and Intelligence community, The author, the highly respected Ajit Maan, Ph.D. and President of Narrative Strategies, is answering many questions regarding the subject with special focus on Counter-Terrorism.

– It is imperative that those who are tasked with defense and security learn how narrative works, how to control narrative influence, and how to wield it. Warfare has always been a psychological endeavor but with advances in communication technology the techniques of psychological manipulation are increasingly subliminal in nature. No matter who you are, you are largely a product of the narratives you inherited. That has always been the case historically, but now you are also the subject of narrative warfare.

Her book Narrative Warfare is available from Amazon: at this link: https://www.amazon.com/dp/198669495X/ref=cm_sw_r_tw_dp_U_x_hbsXAbPX1JYYE

“By reading this book I gained broad insight and new learning. The context of the book provides a wide view and broad organizational platform to suggest solutions to the problem. I strongly recommend Narrative Warfare. This topic is most relevant today in our new world order.”

“Dr. Ajit Maan is arguably the world’s foremost authority on the narrative underpinnings of warfare. In this brief and highly readable collection she focuses on specific hot-spots, specific policy interventions, and specific international challenges and offers actionable solutions. This is a clear and concise manual that should be read by every policy maker, every military strategist, and anyone involved in diplomacy. “

“Over the past 46 years I have been involved in counter-terrorist and counter-insurgency operations and continue to cover these subjects as an academic writer. In 1972, as a young Paratrooper in Northern Ireland at the height of the violence, we paid little attention and did not understand the power of the narrative being used by the IRA, INLA and the Loyalist paramilitaries and this continued to be the case throughout the 30 years ‘war’.  After 9/11 and subsequent attacks in London and other European cities al-Qaeda promoted their narrative, which led to the epidemiolocal spread of their ideology of hate against the west. Even after IS refined and disseminated  the narrative and turned it into a major recruiting tool which also provided the moral justification for violence and encouraged lone actors to attack their own countries; the power of the narrative continued to go unnoticed  and many professionals in the field of counter-terrorism  along with academics regarded narrative as little more than ‘old school’ propaganda.  Although for several years I witnessed the cognitive effects of the narrative, for instance how narrative can be behavioral changing and identity forming, it was not until 2016 that Ajit Maan came to my attention. Unlike other academics I found her various works gave a greater insight into narratology, the ideological aspects of conflict and brought attention to the urgent need for a counter-narrative strategy. Her publications were the first comprehensive work on the subject which also had a practical application in the field of counter-terrorism. After she founded Narrative Strategies within little over two-years this think tank attracted and continues to attract eminent scholars, ex-intelligence officers and military personal well versed in various aspects of information warfare and is now an influential platform providing a multi-disciplined approach through collaboration to increase our understanding and to counter the various forms of perception management. Based on my 46 years’ experience at both an operational and academic level I unreservedly recommend the works of Ajit Maan, PhD and publications from members of Narrative Strategies. I believe these should be read by the decision makers in the Intelligence community, military, police and politicians responsible for national security.”

“This book puts narrative warfare front and center in the discussion on the war on terror.  Dr. Maan explains this complex and nuanced issue on multiple levels, and challenges us to think more deeply about what it means to compete and win a war of words.”

“Ajit Maan’s book, Narrative Warfare fills a serious vacuum, as bad narratives impair the effectiveness of our strategies. The reader will really enjoy this book, which tells us which way we can achieve success, by conceiving the right narratives.”

Laura Quadarella Sanfelice di Monteforte, Director of Mediterranean Insecurity, Counter-terrorism professor at University of Rome Unicusano, Author of Why We Are Under Attack. Al Qaeda, the Islamic State and the Do-It-Yourself Terrorism.