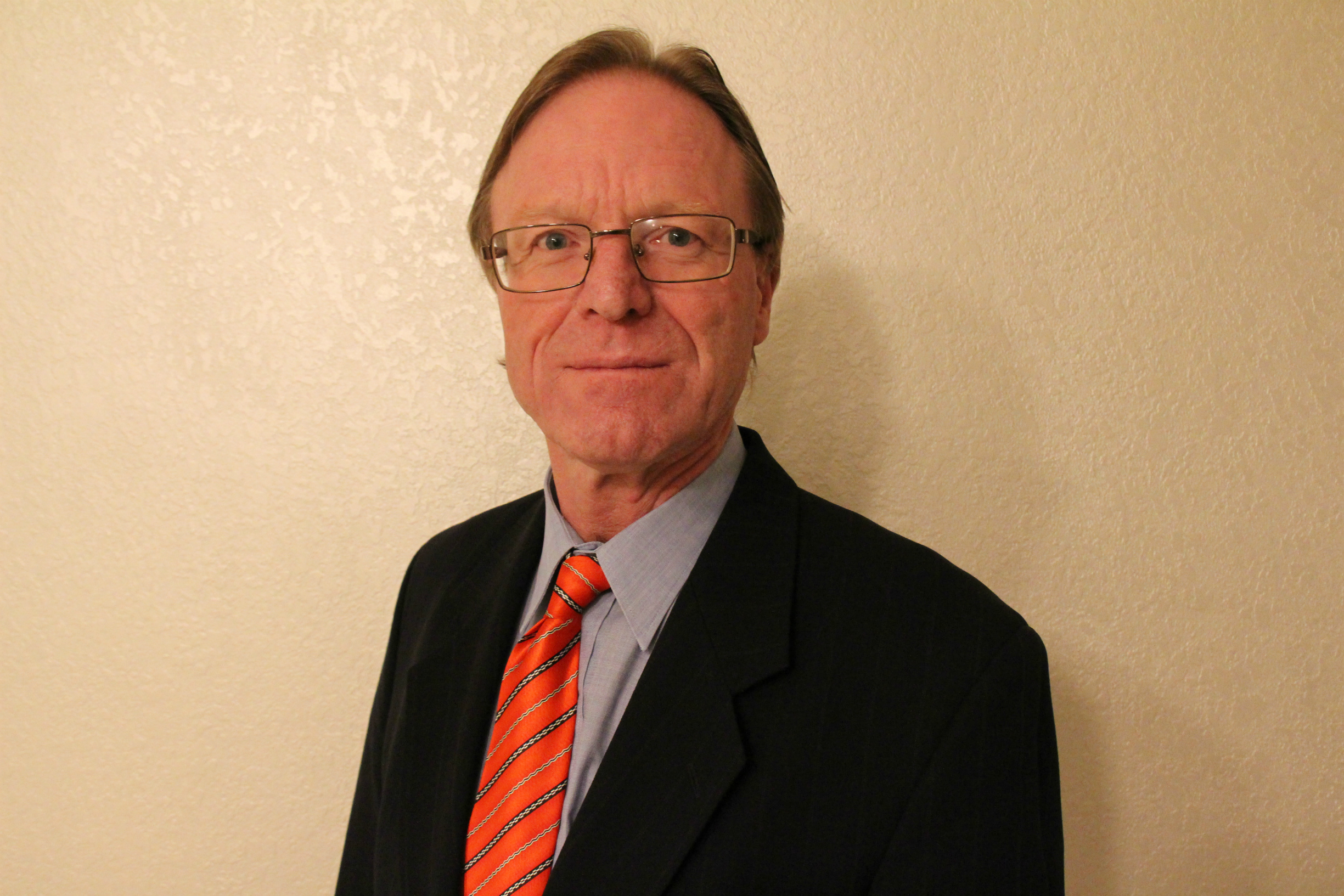 Submitted by Jeff Schubert to whitepaper@dfat.gov.au
This is a personal submission and should in no way be interpreted as reflecting the views of any other person or any organization. 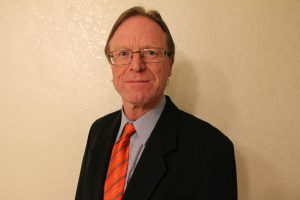 This submission concentrates on Russia and China, their actions in defending vital interests and their relationship on the Eurasian landmass, plus possible implications for Australia.

The Russian leadership sees Russia under threat from the past attempts by both the NATO (and the EU) to expand eastwards. Whether or not there was ever an actual promise not to expand NATO is less relevant than that it threatened to include such countries as Georgia and the Ukraine, and potentially give NATO access to the important naval base of Sevastopol.

In my view, Russia had considerable justification for annexing Crimea because of these security fears, the history of Crimea, and the wishes of the great majority of the population. If Russia had stopped there, apologized and offered to compensate the Ukraine in some way (probably cheap gas) it would have avoided much of the subsequent fall-out with the “West”.

However, Russia over-played its hand in eastern Ukraine (bowing to local sentiment and possibly hoping to create a land bridge between Russia and Crimea) and has continued to take a broad confrontational approach both verbally and militarily – and not only in regards to the Ukraine.

But, why has this confrontational approach continued?

Some additional issues to those mentioned above have led many in the Russian elite to believe that their country is under threat from a rise of new political-economic blocs, with an aggressive US the driving force behind these. The now abandoned TPP and the TIIP have very often got a mention is this regard, and not only from government officials. Combined with historical circumstances and nostalgia, this has led to attempts to re-create a bloc based on parts of the old USSR. This has not been particularly successful, with the Eurasian Economic Union (EAEU) very unlikely to ultimately proceed much beyond being a form of customs union. Nevertheless, such visions remain.

US aggressions in Iraq and Libya have led the Russian leadership to put an even greater trust in the utility of raw military power. And, here I do not mean just military capability but – very importantly – the willingness to use it. Russia did not intervene in Syria only because of an Islamist threat and historical connections to the Assad regime; it wanted to send a message that it was no shrinking violet when it came to the use of force. As much as this message was directed towards the “West”, it was also directed towards other countries in Eurasia – including China.

Chinese “island building” in the South China Sea is based on fears that are similar to those that Russia had about NATO expansion, and thus China is likely to be just as aggressive as Russia on this particular issue.

However, China has a different approach to Russia when it comes to the Eurasian landmass. China does not have a tight historical empire to be rebuilt and does not wish to accept the Russian version of the political-economic trade bloc story. Rather, it sees time on his side to build its influence across much of the Eurasian landmass and rebuild a more subtle historical presence. In addition to developing its western provinces including Xinjiang, the “Silk Road Economic Belt” (SREB) land part of the “One Belt, One Road” (OBOR) strategy aims to reduce Chinese dependence on sea trade (particularly energy imports) and to provide security to its “rear” in the face of possible conflict with the US others in the seas to its east.

It is on the last point that some Russian thinkers see an opportunity. They understand that China is reluctant to become deeply involved on non-economic issues in the Eurasian landmass, and they would like to offer Russia’s proven (read Syria) services as a guarantor of security in a large slab of the Eurasian landmass. The Chinese have not said “no”, but neither are they going to say “yes” at any time. Instead, things are likely to drift along until a time comes that China decides it wants to play a greater security role in its “rear” – and to pay the price of upsetting Russia which will continue to have much influence in Central Asia.  Russia hopes that it can demonstrate that the price of such actions by China would be very heavy.

There is another angle to all this. The historical and personal inclinations of Russians are to deal with Europe rather than with Asia. Looking to the achievements of the USSR, Russia sees itself as a potential world “technology power” and does not relish the idea of being raw material appendage to China. Moreover, Russia was disappointed at a lack of Chinese response to Crimea-related “Western” sanctions. Many expected, but did not get, some form of financial, trade and technology support. Despite the apparent good bond between presidents Putin and Xi and a few large energy deals, the relationship between Russia and China is extremely shallow for countries that share a very long border and would seem to be natural trading partners.

Faced with sanctions and a rather passive Chinese response to these, Russia has to some degree turned inward to intensify “re-industrialization”. “Import replacement” has now joined intensified “high-tech” production efforts as an integral part of modernization. These economic policies are seen as part of Russia’s efforts to build its own political-economic bloc and to ensure that other countries have some reason to deal with and fear Russia.

For Australian minds the policy of “import replacement” will sit oddly with the idea of building and leading an economic bloc, but the Russian leadership is so fixated on narrow security issues that it is not prepared to see the contradiction.

I want to make one last point about Russia. I often read suggestions that Russia is somehow failing as a state.  While some of its economic policies are very sub-optimal and the dominance of Vladimir Putin impedes broader development, the Russian government is a capable (albeit often corrupt and inefficient) apparatus. Russia in not about to fall-apart or collapse in some way. Under Putin, it wants to be major player in world affairs and will be very pushy about this.

Despite what some in the Trump administration seem to hope, Russia is not going to give up its present top-heavy relationship with China. Nor is the Russian military going to rush to China’s side in any confrontation in the South China Sea, but Russia will still want to want to show China that it is useful in a tight-spot and once again demonstrate to China and others that it is a force to be reckoned with. Given the present highly personalized leaderships in Russia and China the possible Russian responses are very unpredictable.

My submission is that Australia’s foreign policy should not be based on any concrete assumptions about Russian behavior in the event of military confrontation in the South China Sea, and should not support or participate in actions that treat China in a similar way to the NATO (and to a lesser extent EU) treatment of Russia.

Moreover, the events in Crimea and the Ukraine demonstrate a number of things. Firstly, it is not wise to push against a powerful country if it feels that its vital interests are at stake or feels mistreated. In this regard, it is also worth remembering the causes of WWI and the role the Treaty of Versailles in the rise of Adolf Hitler. At some stage – maybe even many years later – such a country will push back. Secondly, adverse economic consequences may not be the deterrent to military conflict that many assume. While Russia certainly did not expect the take-over of Crimea to have significant adverse effects on its economy, it is not clear that any such understanding would have been a deterrent in the circumstances. Thirdly, once conflict begins the directions it takes are very unpredictable (with MH17 being a good example).

Finally, there is the issue of Iran with which Russia has been nurturing a relationship which will not be easily ceded. This partly reflects a pragmatic approach to a very large country which has economic opportunities and borders the Caspian Sea. However, it also reflects that part of Russian thinking about political-economic trade blocs and its perceived competition with China for strategic and military leadership on a major part of the Eurasian landmass.