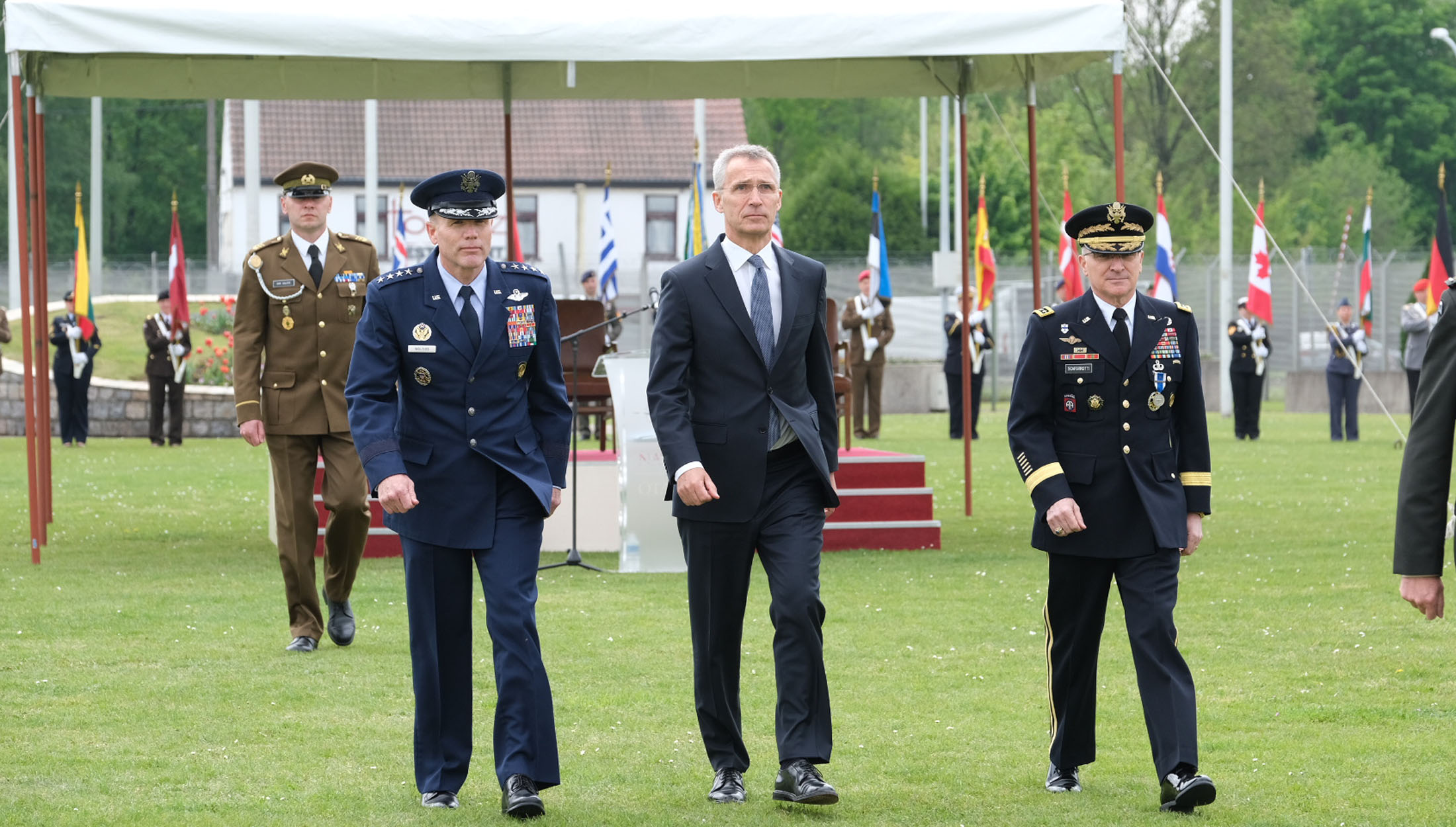 “For seven decades, NATO has defended the way of life, and the values that underpin it: freedom, democracy, and the rule of law. This makes the job of SACEUR one of the most challenging – and most important – military positions in the world,” NATO Secretary General Jens Stoltenberg said today (3 May 2019), during the change of command ceremony for NATO’s Supreme Allied Commander Europe (SACEUR) at Supreme Headquarters Allied Powers Europe (SHAPE), in Mons (Belgium).

“Those who have held the title ‘SACEUR’ have led our Alliance during the Cold War, deterring the Soviet Union. They stopped brutal wars in the Balkans, helped to defeat Al Qaeda in Afghanistan, and spread freedom and democracy across the nations of Europe,”

Mr. Stoltenberg said. Speaking of General Scaparrotti, Mr. Stoltenberg said: “Your leadership and vision have proved critical to strengthening our Alliance. Under you command, we have implemented the biggest reinforcement of our collective defence in a generation, we have deployed four multinational battlegroups in the eastern part of our Alliance, and we have enhanced the readiness of our forces. You have been instrumental in the development of NATO’s Hub for the South, increasing our understanding and approach to challenges in the Middle East and North Africa,” the NATO Secretary General added.

“But now it is time to pass the baton of leadership to General Wolters,” Mr. Stoltenberg said. “As SACEUR you will now take command of forces from across our Alliance, ensuring the safety and security of the 29 nations of our NATO Alliance; standing up to current challenges as well as new evolving threats. I know you will continue to demonstrate the same levels of excellence you have become known for throughout your career,” he pointed out.