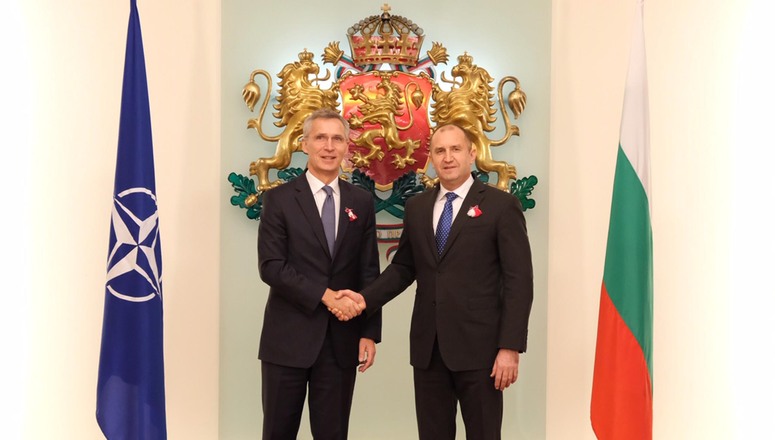 After talks with Prime Minister Boyko Borissov, the Secretary General thanked Bulgaria for its strong contributions to NATO missions in Afghanistan, Kosovo and Iraq, and its strategic role in the Black Sea and Western Balkans regions.

The Secretary General noted that this year the Alliance will celebrate its 70th anniversary, as well as the 15th anniversary of Bulgaria’s accession to NATO.

“Bulgaria has contributed to strengthening the Alliance,” he said.

Mr. Stoltenberg welcomed Bulgaria’s support for the accession of the Republic of North Macedonia to NATO.

“I welcome that just last week the Bulgarian parliament voted unanimously to ratify the accession of North Macedonia into NATO,” he added.

Mr. Stoltenberg also thanked the government for its commitment to reach the NATO goal of spending 2% of GDP on defence.The Secretary General and Prime Minister Borissov discussed current security challenges, including Russia’s violation of the Intermediate-Range Nuclear Forces Treaty. Mr. Stoltenberg stressed that NATO does not want a new arms race and called on Russia to come back into compliance with the Treaty.

While in Sofia, the Secretary General also held separate talks with President Rumen Radev, and other representatives of the Government.