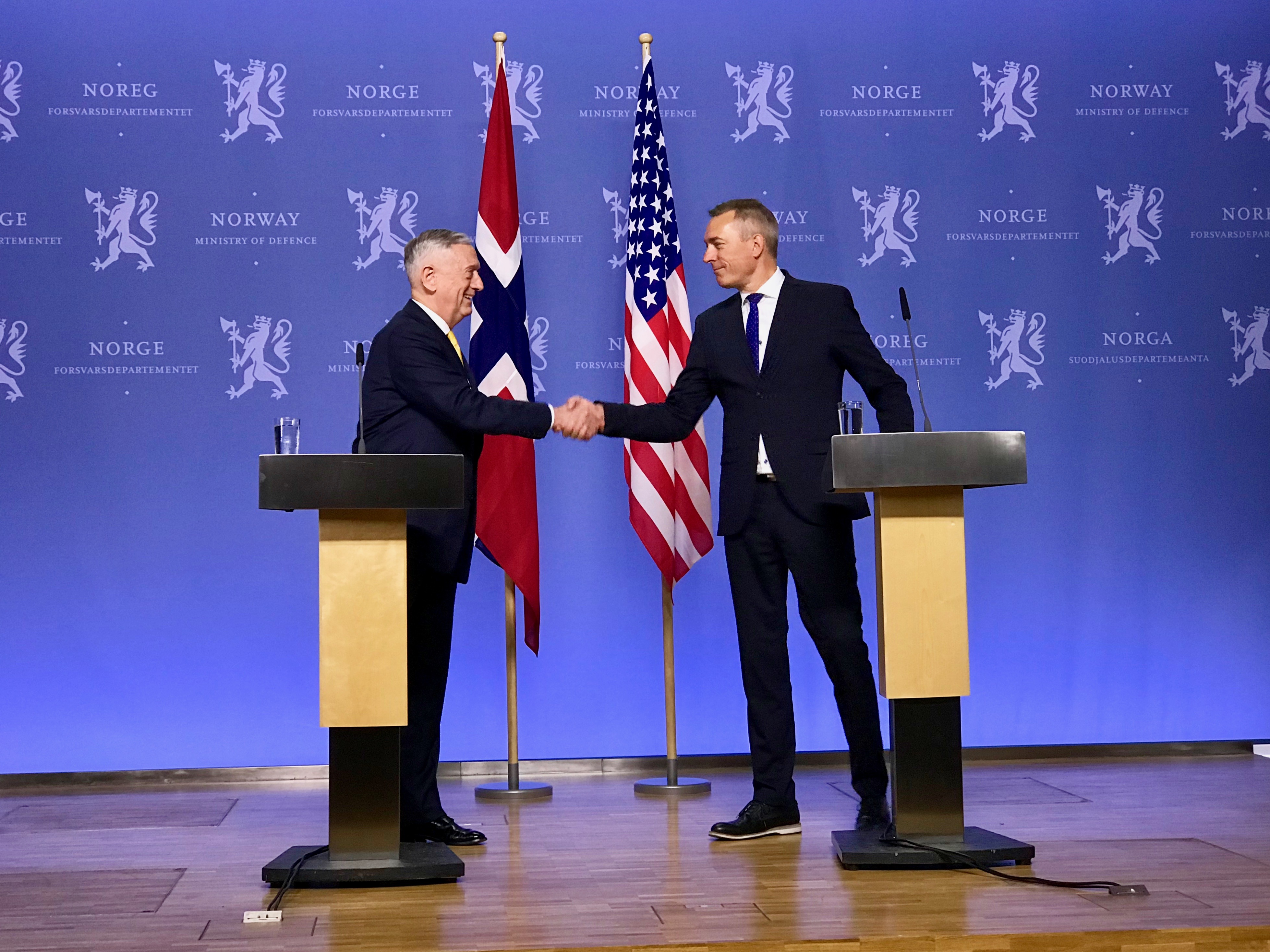 US Secretary of Defense James N. Mattis visited Norway on Saturday July 14th. — The United States is our closest and most important ally, and it is an honor to welcome Secretary Mattis to Oslo, said Minister of Defence Frank Bakke-Jensen in his statement. Mattis confirmed the close relations, friendship and was very pleased with the Norwegian military ambitions.

During the press meeting Saturday, Minister of Defence Frank Bakke-Jensen thanked the Secretary of Defense James N. Mattis for the opportunity to discuss joint challenges and shared interests.

Let me start by saying that it is an honor to welcome Defense Secretary Mattis to Oslo.

The United States is our closest and most important ally, and we have a strong and broad defence cooperation.

Our soldiers operate together in conflict areas around the world. And they increasingly work together in Norway and the North Atlantic.

We are very pleased with the rotational exercising of the US Marine Corps in Norway. This strengthens Norway and NATO.

The security environment is more serious. One consequence is that we must strengthen security in the North-Atlantic again. That is important for both European and North American security.

I therefore look forward to working with the U.S. on developing the new command structure in NATO, in particular the new Atlantic command in Norfolk.

Norway is committed to the two percent goal in NATO, and our new long term plan for 2021-24 will have this commitment as a key premise.

We are investing in strategic capabilities such as the new F-35 combat aircraft, submarines and P-8 maritime patrol aircraft.

Today we are exploring how to develop our defence cooperation even further. I look forward to continuing our bilateral talks, and will now pass the word to my colleague and good friend Jim Mattis.

2018-07-14
Previous Post: The Joint Strike Missile has proven advanced capabilities and has passed all the qualifying tests
Next Post: Obsessed With War – How Western States Lost their Strategic Edge