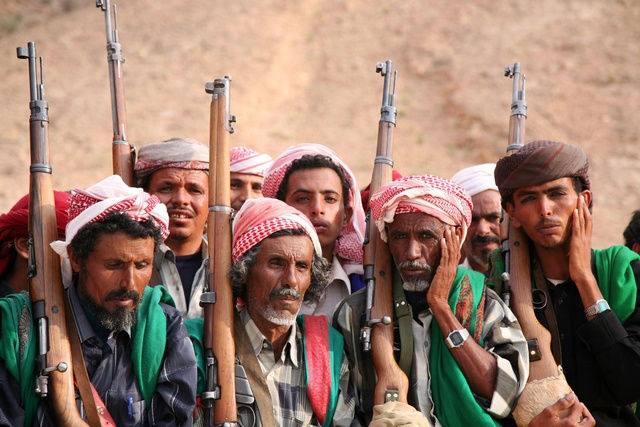 The apparent execution of Yemen’s former President Ali Abdullah Saleh in December provides a window of opportunity for al Qaeda in the Arabian Peninsula and ISIS to join forces and gather the support of the desperate and ungoverned civilian population. That would be a deep blow to U.S. counterterrorism efforts.

AQAP will attempt to leverage this opportunity to lead a combined terrorist campaign against the Houthis and to position itself as the center of the global jihadist movement. It will do so by framing the narrative of the Yemen situation as a sectarian war on the apostate Houthis.

But the U.S. also has a window of opportunity: the Houthis are vulnerable now, and the potential loss of civilian cover combined with alliances between their enemies may make them more amenable to the kind of constitutional revision proposed by President Hadi to make Yemen a federation with six regions with some measure of autonomy. The Houthis rejected that proposal in 2013 but very recent events have shifted the ground beneath them and a similar proposal, one that at least theoretically encourages the participation of all factions, should be made again.

If the Houthis can be governed, both the increasing ISIS presence and AQAP plans can be deflated thereby potentially diminishing one of the most serious terror threats facing the United States. However, despite the increasing use of military force, our counter-terrorism efforts in the region are not comprehensive. We need not just to employ soft power; we need to lead with it.

The U.S. tripled the number of airstrikes against AQAP in Yemen in 2017, key leaders have been dispatched, and militants have been pushed back from their coastal strongholds. Ten U.S. airstrikes in November killed Mujahid al-Adani, otherwise known as Mohammad Shukri, who coordinated attacks against coalition security forces. Also killed were: Abu Layth al-Sanaani, Ruwahah al-Sanaani, and Ubaydah al-Lawdari. However, Ibrahim Hassan al-Asiri, described by General Petraeus as the world’s most dangerous man, remains alive and well, and Al Qaeda remains ever-ready to exploit conflicts despite recent blows to its top-level leadership.

While the removal of key al Qaeda propagandists last month will temporarily slow their recruitment machine, to get ahead of the threat, we need a broader comprehensive strategy that coordinates kinetic action with diplomatic, stabilization and humanitarian efforts.

The severing of the alliance between Saleh loyalists and his most recent but disowned loyalists, the Houthis, and his subsequent murder by them, will deepen the conflict as our capable adversaries are going to fuel and channel anti-Houthi sentiments.

One wonders if the Houthis have a strategy to counter the backlash?  And will emergent threats solidify a relationship between the Houthis and Hezbollah?

AQAP’s intent to carry out attacks against the West is clear. However, our kinetic strikes against terror groups are taking place in the context of a civil war in which alliances are counter-intuitive and are shifting rapidly.

The government of President Hadi is recognized as legitimate by the United Nations and the United States but was overthrown in 2015. An Arab military coalition, led by Saudi Arabia and aided by U.S. intelligence (and by enabling aerial refueling for coalition aircraft) is fighting Houthi militants while Iran has provided the militants with weaponry.

So, AQAP, ISIS, the Hadi government (such as it is) and the Saudi-led coalition all share a common enemy in the Houthis.

However, there are credible claims that the Saudi-led coalition and AQAP fighters have formed some a sort of alliance as they have assisted each other in attacking the common enemy. And, President Hadi’s associates have been sanctioned by the U.S. Treasury Department for financial ties with AQAP.

I think we have witnessed the best-case scenario kinetic response can offer: we have briefly slowed down adversarial capacities. More targeting can slow them further.

But to get ahead of them, bottom line, we have to stem recruitment. Diminishing the recruitment capacities of AQAP, in particular, will have a more positive impact on U.S. national security interests, including homeland security, than any other action we can take in Yemen.

A kinetic approach alone will do little to nullify AQAP’s recruitment capacity in Yemen and may even inadvertently strengthen it.