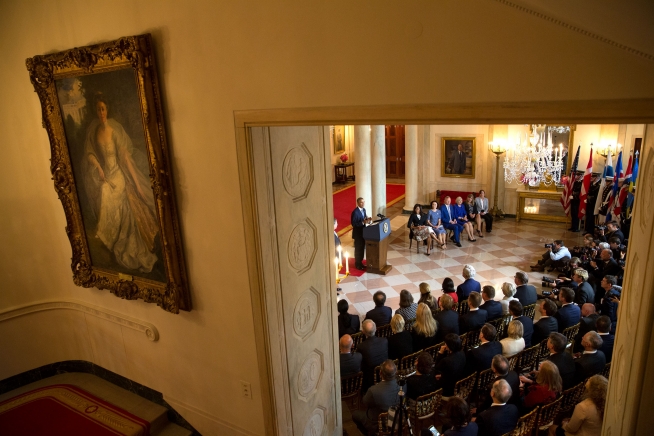 President Barack Obama and First Lady Michelle Obama recently hosted the President of Finland and the Prime Ministers of Norway, Sweden, Denmark, and Iceland at the White House for an Official Arrival Ceremony, a Multilateral Meeting, and a State Dinner.

– This Summit was a great opportunity to continue our close collaboration with the Nordic countries on a range of issues, including countering terrorism and violent extremism, protecting the environment, coordinating on Arctic issues, promoting the Global Health Security Agenda, advancing sustainable development, enhancing nuclear security, providing humanitarian assistance, and addressing the migration and refugee crisis in a humane and orderly way. The Summit will deepen U.S.-Nordic cooperation, while highlighting America’s continued commitment to European security, trans-Atlantic trade, and the promotion of common democratic values, reports President Barack Obama and The First Lady.