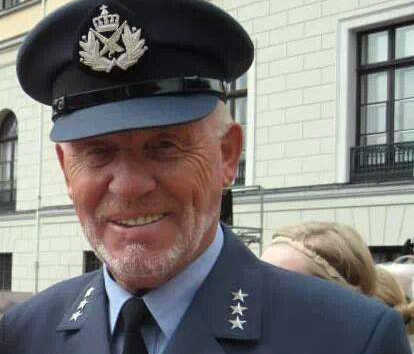 On March 10, 1994 I was deployed to UNPROFOR United Nations Military Police in Sector North East, Tuzla in Bosnia & Herzegovinia. I was there in order to take part in organizing the multi national UNMP Platoon in the sector.

The Sector Commander was the Swedish Brigadier Gunnar Ridderstad, and the Norwegian Arne Gerrit Halvorsen was the camp command in Tuzla Air Base. My commander was Colonel Miloslav Cech the acting Force Provost Marshal (FPM), and his headquarter was in Camp Pleso, Zagreb in Croatia.

I came to Tuzla by flight from Gardermoen to Zagreb early March 1994 and with a few days in Camp Pleso before starting for Sarajevo. By a UN vehicle accompanied by UNMP colleagues we were on the road from Zagreb to Sarajevo via Zvornic in Serbia. At Zvornic we had crossing into Bosnia & Herzegovinia.

Via detours in the Serbian confrontation line surrounding Sarajevo we finally came to the city. UMP Detachment Sarajevo was located in the PTT (Post Telegraph Telephone) building in the center of the city. After a nightspot I continued to Kiseljak to be a part of the convoy to Tuzla, and I was on the way to Tuzla after a few night stops.

The convoy started early in the morning and the route went on particularly unpaved roads in a very hilly terrain, trusted as secure for UN. This convoy was on the road for about twenty hours due to shorter or longer stops caused by hostilities. Under normal road conditions and appropriate distances take this journey one morning. Currently, in Tuzla was substantially to UNMP Platoon and there was not limit to working time when the need was to get UNMP operational.

In addition, it was important to recognize UN departments, personnel, operations and to liaise with local authorities. We had daily episodes related to the conflict, and during the three-month time in Tuzla we received approximately 60 artillery strikes directly. I did my diary every day and it became my pre-war medicine, and having structure on the days that are important in war.

During the time I was in Tuzla, I would argue that we tagged war every day, but with myself I would say that I managed to habituate me the situation. However, it was for me important to take care of my colleagues so they were motivated for their work.  May 19, 1994 UNMP received a message concerning a traffic accident close to the confrontation line in Tuzla area. The traffic accident report on this case contains details about the whole affair as it developed, but in this article I will view some important parts. My experience of war is that when serious matters happens then generates a force that creates correct decisions, and I was the one to approach the scene of accident and my Dutch colleague Jerone Lohman was to accompanied me.

I decided him to be my company and this choice was taken from my personal experience working with him, which later proved to be of importance. We were part of a convoy consisting of ambulances and armored vehicles, as this was the confrontation line and danger of shelling. Although we drove in a soft vehicle (not armoured) this time. It turned out that Serb forces refused UN to use helicopter in this case due to the confrontation line. It ended with UNMP were ordered to come forward to the scene of accident when it was still injured UN personnel in the area. We were aware of the danger we were going to expose us to with regard to shelling from Serbian side, but the greater part was that these two UNO (United Nations Military Observer) was in danger and their life was the most important part.

This was beyond good causeways and we took us up on cattle roads. We were told that two Unmask were still by the scene of accident, but where it was could not be explained apart from an approximately location. I stepped foot in front of the car with Jerome Lohman to look for tracks in this general hilly terrain. We succeeded after a long distance to locate both UNMO, respectively Polish and Brazilian. Both had a state of shock and it was important to have the correct line therapy, there and then. Shortly afterwards I heard artillery fired from the Serbian position known to be “Sugger Hill”.

It is always unpleasant to hear such artillery being fired when you are not sure where the impact will be, but good to hear the sound of the bullet pass. We received several and the impacts were as close as within a range of 50 meters. Simultaneously a Swedish armored vehicle came to the rescue. I got all three inside the vehicle, but initially it was no room for me so I had to lie close to the belts to take cover. When all this happened while so I decided to take command across rank levels. I wanted to talk with the Swedish commander of the vehicle, but we just looked at each other and realized what had to be decided. Everything happened so quickly and the correct decisions occurred shortly.

I felt strong in this situation and was realistic, rational and took the appropriate decisions without fear. Jerone Lohman was my right hand and a good support when things had to be done. We had to leave our vehicle behind. Finally I got a place inside the Swedish armored vehicle after constant shelling, and the Serb position in Zapna Finger (enclave) took also part in this shelling aiming for us. During shelling we managed to pull ourselves out without being hit. Inside the Swedish vehicle there was not much talking, but on the road out of the confrontation line the commander of the vehicle reported regularly on progress.  Finally we arrived in safety and secure distance from the line of confrontation, and where we had a quick review of what had happened.

First time in long I felt the need to get a cigarette to cool things off. Whilst there I do remember a commander of the Danish armored vehicle left out steam by a verbal attack on us two UMP, but that’s how it is. After this we departed and returned to Tuzla Air Base. At the UNMO office we were informed that the shelling were meant for us. We were summoned to the Sector Commander who thanked us for the effort and that we had done more than expected. A report was submitted to the Sector Commander and he forwarded it to the Force Commander in Zagreb.

I completed my time in Tuzla after three month, and was transferred to UMP HQ to be the commander of Special Investigation Section. Later this year in September I received a call from Force Commanders Office to attend immediately. I was awarded the Force Commanders Commendation together with Jerone Lohman for bravery in the life saving operation in Tuzla May 19, 1994. Later September 28, 1994 it was organized a parade at UNMP HQ in Camp Pleso, Zagreb in respect of what had taken place.

I was called forward and a letter from Force Commander was red, before Force Provost Marshal handed over the award. I was a proud officer receiving this award. Later next year June 1995, I returned to my job in the Norwegian Police Force in Skien. To my disappointment so were such an award not mentioned by the management in the Police Force, and that I see to day as an envy.

I will conclude my case like “When things has to be done, you do it even with the risk of your own life”.

2015-09-19
Previous Post: Grenseløs terror
Next Post: Norway’s first F-35 rolled out: Our new combat aircraft will strengthen all of the Armed Forces